This Little Light by Lori Lansens

This brilliant new novel by the bestselling author of The Girls and The Mountain Story is an urgent bulletin from an all-too-believable near future in which the religious right has come out on top. And where a smart young girl who questions the new order is suddenly a terrorist.
Taking place over 48 hours in the year 2023, this is the story of Rory Ann Miller, on the run with her best friend because they are accused of bombing their posh Californian high school during an American Virtue Ball. There’s a bounty on their heads, and a social media storm of trolls flying around them, not to mention a posse of law enforcement, attack helicopters and drones trying to track them down. Rory’s mom, a social activist and lawyer, has been arrested and implicated in her daughter’s “crimes” whereas her dad (who betrayed his wife and daughter in a nasty divorce) is cooperating with the authorities.

The story exists in a universe of gated communities, born-again Christians, Probationary Citizens (once known as “Dreamers”), re-criminalized abortion and birth control, teenage virginity oaths and something called the Red Market, which is either a Conservative bogey-man created to further polarize the “base” or a criminal network making money from selling unwanted babies to whomever wants them and fetal tissue to cosmetics and drug companies.
Rory is cynical and scared, furious and scathing, betrayed and looking for something or someone to trust. What she has to say about the dads and bosses and politicians lining up to keep women in their place, and about the ways women collaborate in their own undermining, is fierce, and funny, and sad, and true. 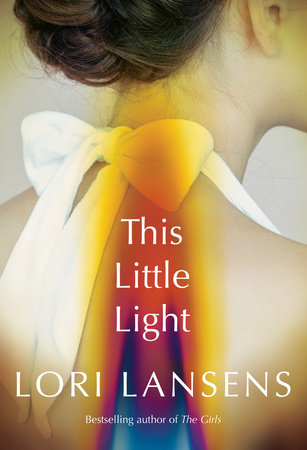 This_Little_Light_Lori_Lansens.pdf
1.83 MB
Please Share This
Related Posts
Many magazines
on the
→ MAGAZINELIB.COM
Book for today - 2019-2022