The World of Caffeine: The Science and Culture of the World’s Most Popular Drug

Readers who, like Prufrock, measure out their lives in coffee spoons will appreciate the background on their drug of choice provided by science writers Weinberg and Bealer. The authors wander through caffeine’s history, exploring coffee’s Arabian origins, tea’s roots in Asia, and chocolate’s background in the Americas. They consider how these different forms of caffeine found their way to Europe, and how they were accepted in different countries, ultimately suggesting a nexus between this drug and reliable clocks as essential contributors to the Industrial Revolution. In examining “caffeine culture,” Weinberg and Bealer discuss three nations–Japan, England, and the U.S.–where caffeinated beverages are particularly popular, and then discuss the role of these beverages as the new millennium begins. The book’s last two sections shift from history and anthropology to chemistry and biology, considering the nature of caffeine and its relatives and by-products, and the effects, positive and negative, of caffeine on specific organs and on mental function. Includes photographs and cartoons, charts and graphs, and a number of useful appendixes. Mary Carroll 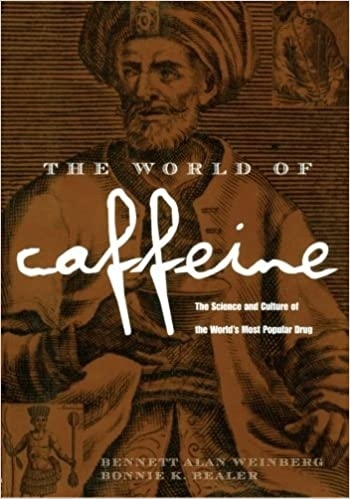 The_World_of_Caffeine.pdf
19.37 MB
Please Share This
Related Posts
Many magazines
on the
→ MAGAZINELIB.COM
Book for today - 2019-2022