The first three thrillers in the internationally best-selling Upgrade series: THE BLUEPRINT, VERTIGO, and THE LOOP.
There’s a corporate cabal that wants to rule the world. Some might say it has been doing it already for decades by whatever means necessary. But they are no longer content to hide in the shadows. They want to become true masters.

Jason Hunt knows nothing about that world. In a decaying society plagued by poverty and a lost sense of purpose, he’s one of the lucky ones. He’s got money. He’s happily married. He could just go on living.
But when his wife becomes ill, Jason finds himself pitted against the cabal that might hold the key to her survival. To save her, he needs to embrace technology he doesn’t understand, take over a billion-dollar company without a billion dollars, outsmart professional assassins, and land a contract with the DOD. But even that might not be enough.

1. The Blueprint
Between the financial crisis of 2008 and the terrorist attacks of 9/11, global governments have become too intrusive, and corporations too powerful. For most of the world, it’s a time of fear and uncertainty.
Except for Jason Hunt. Jason has everything money and status can buy. After inheriting his financier father’s fortune, he married a beautiful woman and settled down to live the life dreams are made of
But when his wife lands her dream job in New York working on human augmentation, Jason feels threatened and suspects criminal activity. Before long his wife’s life hangs in the balance and Jason finds himself immersed in a terrifying world of computer hackers, psychotic killers, and warring corporations.
To save her he needs to embrace technology he doesn’t understand, take over a billion-dollar company without a billion dollars, outsmart professional assassins, and land a contract with the DOD. But even that might not be enough.

2. Vertigo
A brilliant hacker. A chief of a black-ops unit. An alliance hell-bent on dominating the world.
It’s 2007, and the world is edging towards the biggest financial crisis since the Great Depression. A secret international corporate alliance, known as the cabal, is using the moment to spread its influence.
Helen Chen and Andrew Hunt have little in common. She’s a gray hat and he’s a senior CIA officer. But when Hunt is tasked to fight the cabal, and Chen becomes the alliance’s latest target, they’ll have to find a way to help each other or end up like everybody else who tried to stand up to the cabal–dead.

3. The Loop
A hacker on the run. The most powerful AI ever built. And a nuke aimed at a city.
Helen Chen had started to hope that she’d found peace. After fleeing New York, she’s settled in Hong Kong under a false name, found a job she loves, and even started to make new friends. But when an innocuous conversation makes her suspect her new boss, she can’t resist her nature and starts digging for truth. What she finds will change her life forever.
Mike Connelly is looking for war.
In New York, Mike Connelly grows weary of being a silent mole inside Engel’s organization. Forced to take greater and greater risks by his handler, he is frustrated by the lack of results. He wants to resurrect the Unit. He wants action. But more than anything, he wants to bring war to Engel’s doorstep. But every war has a price. 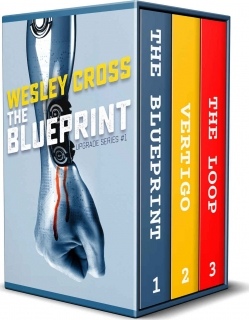 Up07gradeSeriess13Boxs.pdf
4.10 MB
Please Share This
Related Posts
Many magazines
on the
→ MAGAZINELIB.COM
Book for today - 2019-2022