Written By Sophie Hannah, BA Paris, Clare Mackintosh, and Holly Brown, this psychological thriller is perfect for fans of Liane Moriarty and Louise Candlish
HOW FAR WOULD YOU GO TO PROTECT YOUR DAUGHTER?

Carolyn, Bronnie, Elise, and Kendall are bound together by one thing – their four daughters are best friends at the highly competitive Orla Flynn Academy for the Performing Arts.
Imogen Curwood is a new girl at the Academy and her behaviour is odd from the start. On the day she arrives, bad things start to happen. As one threatening incident follows another, the four mothers begin to ask themselves: are their girls in danger?
When an attempted murder rocks the school, Imogen is pleased to report that she has an alibi. If she isn’t the guilty party, someone else must be.

Carolyn, Bronnie, Elise and Kendall are determined to uncover the truth and protect their daughters. But are they prepared to risk their own secrets being exposed?
THE UNDERSTUDY IS THE OUTSTANDING NEW NOVEL FROM FOUR MASTERS OF SUSPENSE 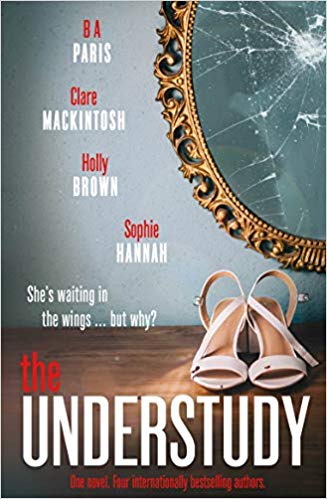