Just prior to the rise of Islam in the sixth century AD, southern Arabia was embroiled in a violent conflict between Christian Ethiopians and Jewish Arabs. Though little known today, this was an international war that involved both the Byzantine Empire, which had established Christian churches in Ethiopia, and the Sasanian Empire in Persia, which supported the Jews in what became a proxy war against its longtime foe Byzantium.

Our knowledge of these events derives largely from an inscribed marble throne at the Ethiopian port of Adulis, meticulously described by a sixth-century Christian merchant known as Cosmas Indicopleustes. Using the writings of Cosmas and a wealth of other historical and archaeological evidence from the period, eminent historian G. W. Bowersock carefully reconstructs this fascinating but overlooked chapter in pre-Islamic Arabian history. The flashpoint of the war, Bowersock tells us, occurred when Yusuf, the Jewish king of Himyar, massacred hundreds of Christians living in Najran. The Christian ruler of Ethiopia, Kaleb, urged on by the Byzantine emperor Justin, led a force of 120,000 men across the Red Sea to defeat Yusuf. But when the victorious Kaleb — said to have retired to a monastery-left behind weak leaders in both Ethiopia and Himyar, the Byzantine and Persian empires expanded their activity in the Arabian territory. In the midst of this conflict, a new religion was born, destined to bring a wholly unanticipated resolution to the power struggle in Arabia.

The Throne of Adulis vividly recreates the Red Sea world of Late Antiquity, transporting readers back to a remote but pivotal epoch in ancient history, one that sheds light on the collapse of the Persian Empire as well as the rise of Islam. 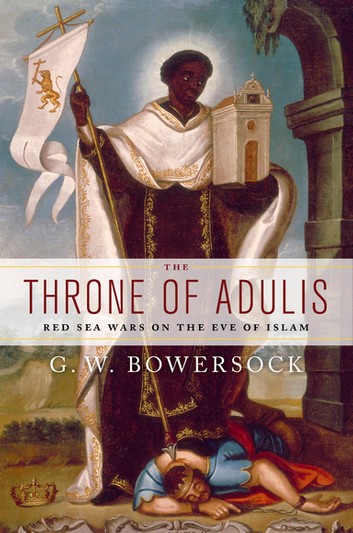 The Throne of Adulis. Red Sea Wars on the Eve of Islam.epub
17.43 MB
Please Share This
Related Posts
Many magazines
on the
→ MAGAZINELIB.COM
Book for today - 2019