The Real Psychology of the Trump Presidency

The United States has never had a president quite like Donald J. Trump. He violated every rule of conventional presidential campaigns to win a race that almost no one, including at times he himself, thought he would win. In so doing, Trump set off cataclysmic shock waves across the country and world that have not subsided and are unlikely to as long as he remains in office.
Critics of Trump abound, as do anonymously sourced speculations about his motives, yet the real man behind this unprecedented presidency remains largely unknown. In this innovative analysis, American presidency scholar and trained psychoanalyst Stanley Renshon reaches beyond partisan narrative to offer a serious and substantive examination of Trump’s real psychology and controversial presidency. He analyzes Trump as a preemptive president trying to become transformative by initiating a Politics of American Restoration. Rigorously grounded in both political science and psychology scholarship, The Real Psychology of the Trump Presidency offers a unique and thoughtful perspective on our controversial 45th president.

Stanley Renshon is Professor of Political Science at the City University of New York, Herbert H. Lehman College and the Graduate School and University Center, and a certified psychoanalyst. 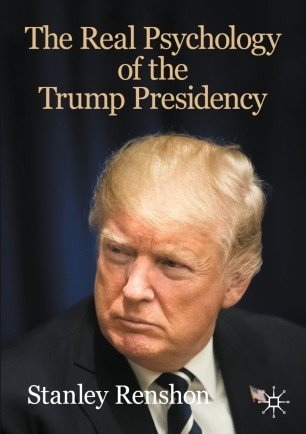