The Other Side of The Mountain. Mujahideen Tactics in the Soviet-Afghan War – L.W. Grau, A.A. Jalali
Format: PDF

Originally printed in very limited numbers in 1995, this book is a companion piece to “The Bear Went Over the Mountain: Soviet Combat Tactics in Afghanistan”. This unabridged quality reprint will provide tremendous insight for historians, journalists and anyone deployed in Afghanistan. Contains accounts of numerous actions fought by the Afghan resistance. Each account is told by the Afghan commander who participated in the action described. These commanders in the vast majority, were civilians who took up arms against the Soviets and developed the skills necessary to command guerrilla units. Most of these accounts are supported by a full page map, that show the topography, the locations of the attackers and defenders, movements, fields of fire etc. In addition is an invaluable guide to anyone wishing to understand modern guerrilla warfare, whether conducting one or fighting against guerrillas in the field. In addition this study provides invaluable insights in how to train and support guerrillas in the field. Each operation is commented on to highlight the elements that caused the operation/action to succeed or fail. In the event of failure what should have been done to have prevented such failure, or in the case of success what could have been done to have improved on that success. 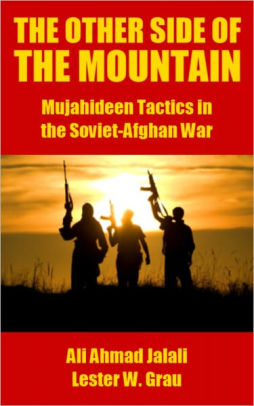 The Other Side of The Mountain. Mujahideen Tactics in the Soviet-Afghan War - L.W. Grau, A.A. Jalali.pdf
19.55 MB
Please Share This
Related Posts
Many magazines
on the
→ MAGAZINELIB.COM
Book for today - 2019