Evangelical Protestant groups have dominated religious life in the South since the early nineteenth century. Even as the conservative Protestantism typically associated with the South has risen in social and political prominence throughout the United States in recent decades, however, religious culture in the South itself has grown increasingly diverse. The region has seen a surge of immigration from other parts of the United States as well as from Latin America, Asia, and the Middle East, bringing increased visibility to Catholicism, Islam, and Asian religions in the once solidly Protestant Christian South. In this volume of The New Encyclopedia of Southern Culture, contributors have revised entries from the original Encyclopedia on topics ranging from religious broadcasting to snake handling and added new entries on such topics as Asian religions, Latino religion, New Age religion, Islam, Native American religion, and social activism. With the contributions of more than 60 authorities in the field–including Paul Harvey, Loyal Jones, Wayne Flynt, and Samuel F. Weber — this volume is an accessibly written, up-to-date reference to religious culture in the American South.

The location of “the South” is hardly a settled or static geographic concept. Culturally speaking, are Florida and Arkansas really part of the same region? Is Texas considered part of the South or the West? This volume of The New Encyclopedia of Southern Culture grapples with the contestable issue of where the cultural South is located, both on maps and in the minds of Americans. Richard Pillsbury’s introductory essay explores the evolution of geographic patterns of life within the region — agricultural practices, urban patterns, residential buildings, religious preferences, foodways, and language. The entries that follow address general topics of cultural geographic interest, such as Appalachia, exiles and expatriates, Latino and Jewish populations, migration patterns, and the profound Disneyfication of central Florida. Entries with a more concentrated focus examine major cities, such as Atlanta, New Orleans, and Memphis; the influence of black and white southern migrants on northern cities; and individual subregions, such as the Piedmont, Piney Woods, Tidewater, and Delta. Putting together the disparate pieces that make up the place called “the South,” this volume sets the scene for the discussions in all the other volumes of The New Encyclopedia of Southern Culture.

Providing a chronological and interpretive spine to the twenty-four volumes of The New Encyclopedia of Southern Culture, this volume broadly surveys history in the American South from the Paleoindian period (approximately 8000 B.C.E.) to the present. In 118 essays, contributors cover the turbulent past of the region that has witnessed frequent racial conflict, a bloody Civil War fought and lost on its soil, massive in- and out-migration, major economic transformations, and a civil rights movement that brought fundamental change to the social order.

Charles Reagan Wilson’s overview essay examines the evolution of southern history and the way our understanding of southern culture has unfolded over time and in response to a variety of events and social forces–not just as the opposite of the North but also in the larger context of the Atlantic World. Longer thematic essays cover major eras and events, such as early settlement, slave culture, Reconstruction, the New Deal, and the rise of the New South. Brief topical entries cover individuals — including figures from the Civil War, the civil rights movement, and twentieth-century politics — and organizations such as the Southern Christian Leadership Conference, Daughters of the Confederacy, and Citizens’ Councils, among others. Together, these essays offer a sweeping reference to the rich history of the region.

This volume of The New Encyclopedia of Southern Culture addresses the cultural, social, and intellectual terrain of myth, manners, and historical memory in the American South. Evaluating how a distinct southern identity has been created, recreated, and performed through memories that blur the line between fact and fiction, this volume paints a broad, multihued picture of the region seen through the lenses of belief and cultural practice.

The 95 entries here represent a substantial revision and expansion of the material on historical memory and manners in the original edition. They address such matters as myths and memories surrounding the Old South and the Civil War; stereotypes and traditions related to the body, sexuality, gender, and family (such as debutante balls and beauty pageants); institutions and places associated with historical memory (such as cemeteries, monuments, and museums); and specific subjects and objects of myths, including the Confederate flag and Graceland. Together, they offer a compelling portrait of the “southern way of life” as it has been imagined, lived, and contested.

The fifth volume of The New Encyclopedia of Southern Culture explores language and dialect in the South, including English and its numerous regional variants, Native American languages, and other non-English languages spoken over time by the region’s immigrant communities.

Among the more than sixty entries are eleven on indigenous languages and major essays on French, Spanish, and German. Each of these provides both historical and contemporary perspectives, identifying the language’s location, number of speakers, vitality, and sample distinctive features. The book acknowledges the role of immigration in spreading features of Southern English to other regions and countries and in bringing linguistic influences from Europe and Africa to Southern English. The fascinating patchwork of English dialects is also fully presented, from African American English, Gullah, and Cajun English to the English spoken in Appalachia, the Ozarks, the Outer Banks, the Chesapeake Bay Islands, Charleston, and elsewhere. Topical entries discuss ongoing changes in the pronunciation, vocabulary, and grammar of English in the increasingly mobile South, as well as naming patterns, storytelling, preaching styles, and politeness, all of which deal with ways language is woven into southern culture.

Transcending familiar categories of “black” and “white,” this volume of The New Encyclopedia of Southern Culture complicates and enriches our understanding of “southernness” by identifying the array of cultures that combined to shape the South. This exploration of southern ethnicities examines the ways people perform and maintain cultural identities through folklore, religious faith, dress, music, speech, cooking, and transgenerational tradition.

Accessibly written and informed by the most recent research that recovers the ethnic diversity of the early South and documents the more recent arrival of new cultural groups, this volume greatly expands upon the modest Ethnic Life section of the original Encyclopedia. Contributors describe 88 ethnic groups that have lived in the South from the Mississippian Period (1000-1600) to the present. They include 34 American Indian groups, as well as the many communities with European, African, and Asian cultural ties that came to the region after 1600. Southerners from all backgrounds are likely to find themselves represented here. 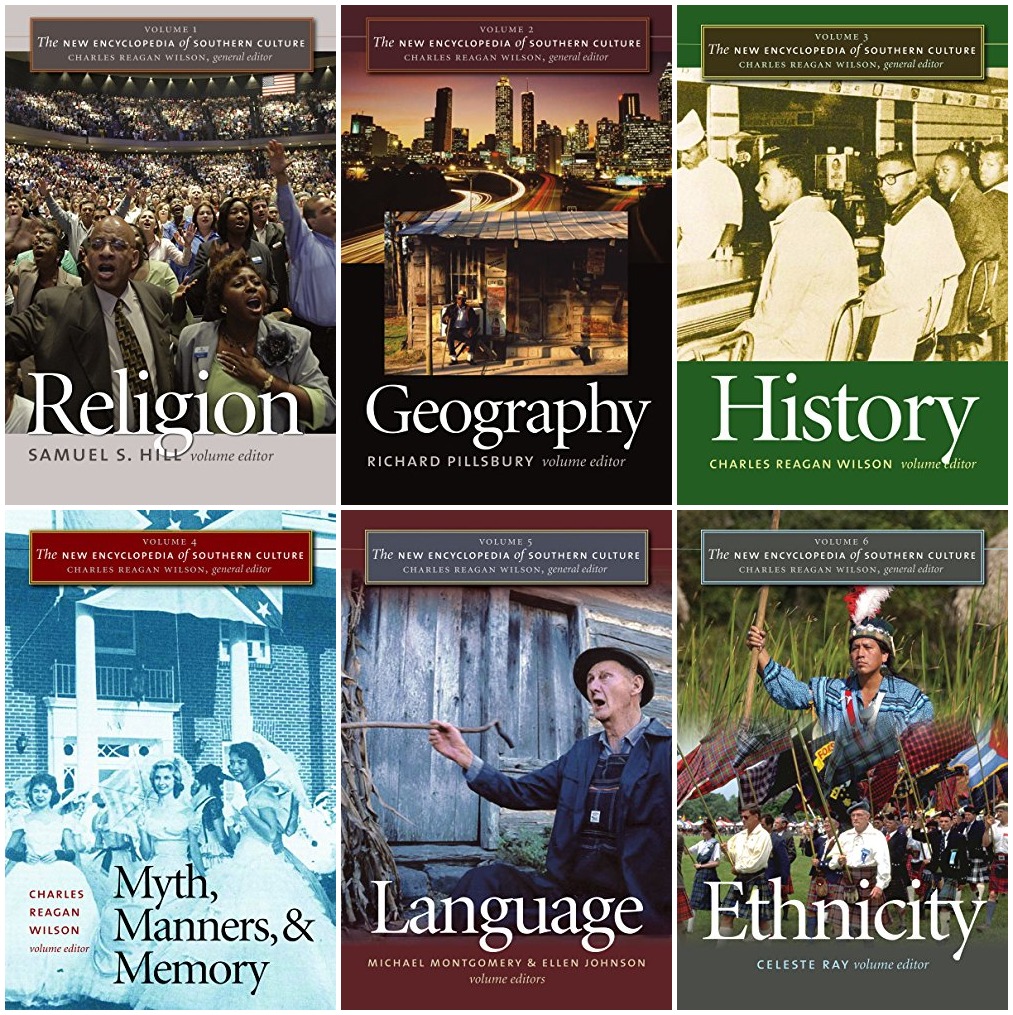 The New Encyclopedia of Southern Culture (Vol. 6) - Ethnicity.pdf
2.75 MB
Please Share This
Related Posts
Many magazines
on the
→ MAGAZINELIB.COM
Book for today - 2019-2022