The Memory Keeper of Kyiv: The most powerful, important historical novel of 2022

Perfect for fans of The Tattooist of Auschwitz and The Beekeeper of Aleppo.

“A powerfully moving debut . . . Ukraine’s tragic history painfully echoes its current crisis, and on every page the Ukrainian spirit shines out, unbowed, unbent and unbroken. This is a compelling, timely read.” Kate Quinn, author of The Rose Code

In the 1930s, Stalin’s activists marched through the Soviet Union, espousing the greatness of collective farming. It was the first step in creating a man-made famine that, in Ukraine, stole almost 4 million lives. Inspired by the history the world forgot, and the Russian government denies, Erin Litteken reimagines their story.
In 1929, Katya is 16 years old, surrounded by family and in love with the boy next door. When Stalin’s activists arrive in her village, it’s just a few, a little pressure to join the collective. But soon neighbors disappear, those who speak out are never seen again and every new day is uncertain.

Resistance has a price, and as desperate hunger grips the countryside, survival seems more a dream than a possibility. But, even in the darkest times, love beckons.

Seventy years later, a young widow discovers her grandmother’s journal, one that will reveal the long-buried secrets of her family’s haunted past.

This is a story of the resilience of the human spirit, the love that sees us through our darkest hours and the true horror of what happened during the Holodomor.

“I never imagined the release of my novel on a past oppression of the Ukrainian people would coincide with such a parallel tragedy.” Erin Litteken 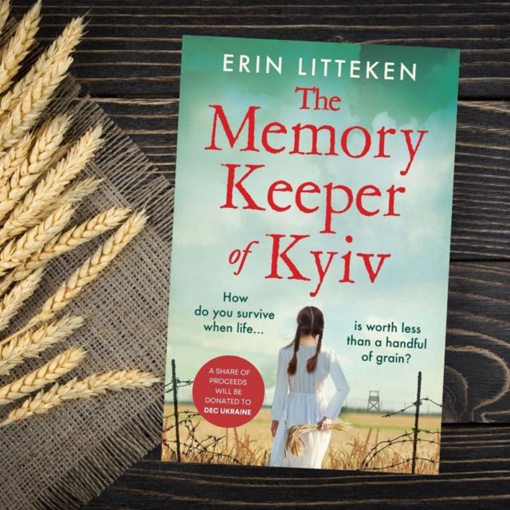 The_Memory_Keeper_of_Kyiv_-_Erin_Litteken.epub
397.64 KB
Please Share This
Related Posts
Many magazines
on the
→ MAGAZINELIB.COM
Book for today - 2019-2022