500 Years In The Future, Earth Is A Paradise… Without Us.
The Earth was dying, and only the Erta could save it. Created to be genetically superior, hyper-intelligent and unburdened by the full range of human emotions, they succeeded by removing the cause: humans.

Now the Erta are faced with a dilemma-if they reintroduce the rebellious and violent Homo sapiens, all of their work could be undone.

They decide to raise one child: a sole human to decide if we should again inherit the Earth.
But the quiet and clinical Ima finds that there is more to raising a human than she had expected; and there is more to humanity’s history than she has been told.

2. The Split by Sharon Bolton

Tense, gripping and with a twist you won’t see coming, The Split is an explosive new stand-alone thriller from Sharon Bolton about a woman on the run.
No matter how far you run, some secrets will always catch up with you…
The remote Antarctic island of South Georgia is about to send off its last boat of the summer – which signifies safety to resident glaciologist Felicity Lloyd.

Felicity lives in fear – fear that her ex-husband Freddie will find her, even out here. She took a job on this isolated island to hide from him, but now that he’s out of prison, having served a term for murder, she knows he won’t give up until he finds her.
But a doctor delving into the background of Felicity and Freddie’s relationship, back in Cambridge, learns that Felicity has been on the edge for a long time. Heading to South Georgia himself to try and get to her first is the only way he can think of to help her.

3. The Truth We Chase by Carl Richards

When Joseph Joshua Ryebank (JJ) moved to America he brought three things with him; his possessions, his girlfriend and… a secret.
Fast forward four years. JJ has a successful career in New York; a wide circle of friends; more money than he could have ever imagined and his past life in England has been consigned to history.

That is until one day when, out of the blue, an email arrives from his childhood friend Jill, who he hasn’t seen for seventeen years. She wants to meet. This leaves JJ with a dilemma as their past and his secret are intertwined.

Was the email just to rekindle their friendship or is he being lured back because others know his secret too?
His decision to return and to meet Jill was his first mistake… What will JJ do with his new life now he has his old life back? 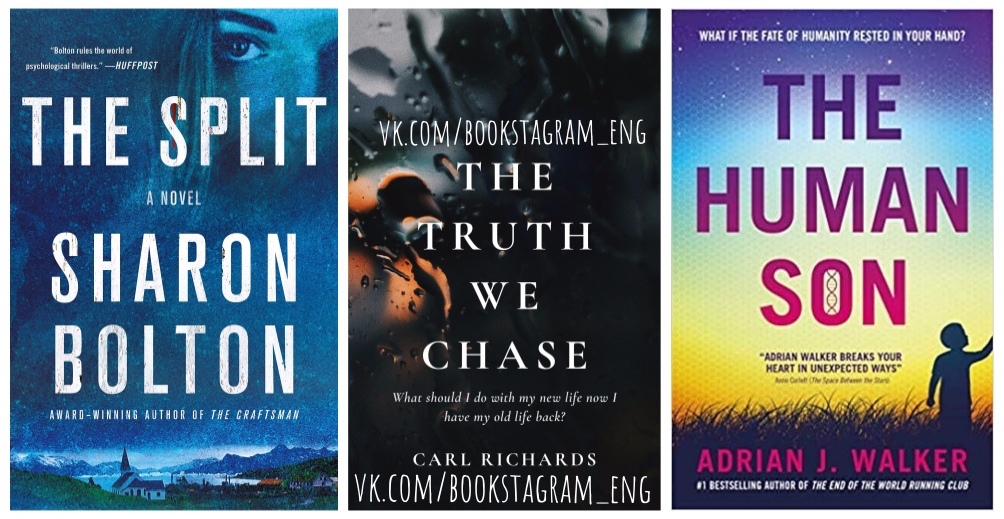 Carl Richards.pdf
1.10 MB
Please Share This
Related Posts
Many magazines
on the
→ MAGAZINELIB.COM
Book for today - 2019-2022