1. The Fascinators by Andrew Eliopulos

A magic-infused YA novel about friendship, first love, and feeling out of place that will bewitch fans of Rainbow Rowell and Maggie Stiefvater.
Living in a small town where magic is frowned upon, Sam needs his friends James and Delia-and their time together in their school’s magic club-to see him through to graduation.

But as soon as senior year starts, little cracks in their group begin to show. Sam may or may not be in love with James. Delia is growing more frustrated with their amateur magic club. And James reveals that he got mixed up with some sketchy magickers over the summer, putting a target on all their backs.
With so many fault lines threatening to derail his hopes for the year, Sam is forced to face the fact that the very love of magic that brought his group together is now tearing them apart-and there are some problems that no amount of magic can fix.

2. What’s Left of Me is Yours by Stephanie Scott

A gripping debut set in modern-day Tokyo and inspired by a true crime, What’s Left of Me Is Yours follows a young woman’s search for the truth about her mother’s life – and her murder.
In Japan, a covert industry has grown up around the wakaresaseya (literally “breaker-upper”), a person hired by one spouse to seduce the other in order to gain the advantage in divorce proceedings.

When Sato hires Kaitaro, a wakaresaseya agent, to have an affair with his wife, Rina, he assumes it will be an easy case. But Sato has never truly understood Rina or her desires and Kaitaro’s job is to do exactly that – until he does it too well.

While Rina remains ignorant of the circumstances that brought them together, she and Kaitaro fall in a desperate, singular love, setting in motion a series of violent acts that will forever haunt her daughter Sumiko’s life.
Told from alternating points of view and across the breathtaking landscapes of Japan, What’s Left of Me Is Yours explores the thorny psychological and moral grounds of the actions we take in the name of love, asking where we draw the line between passion and possession.

3. The Man with All the Answers by Luke Smitherd

He seems to know everything you want before you do.
He’s insightful, kind, and understands you in ways you don’t even understand yourself.
He’s everything you ever dreamed of. But there’s always a catch,About the friends that died in its creation.
About the terrible price he’s had to pay. 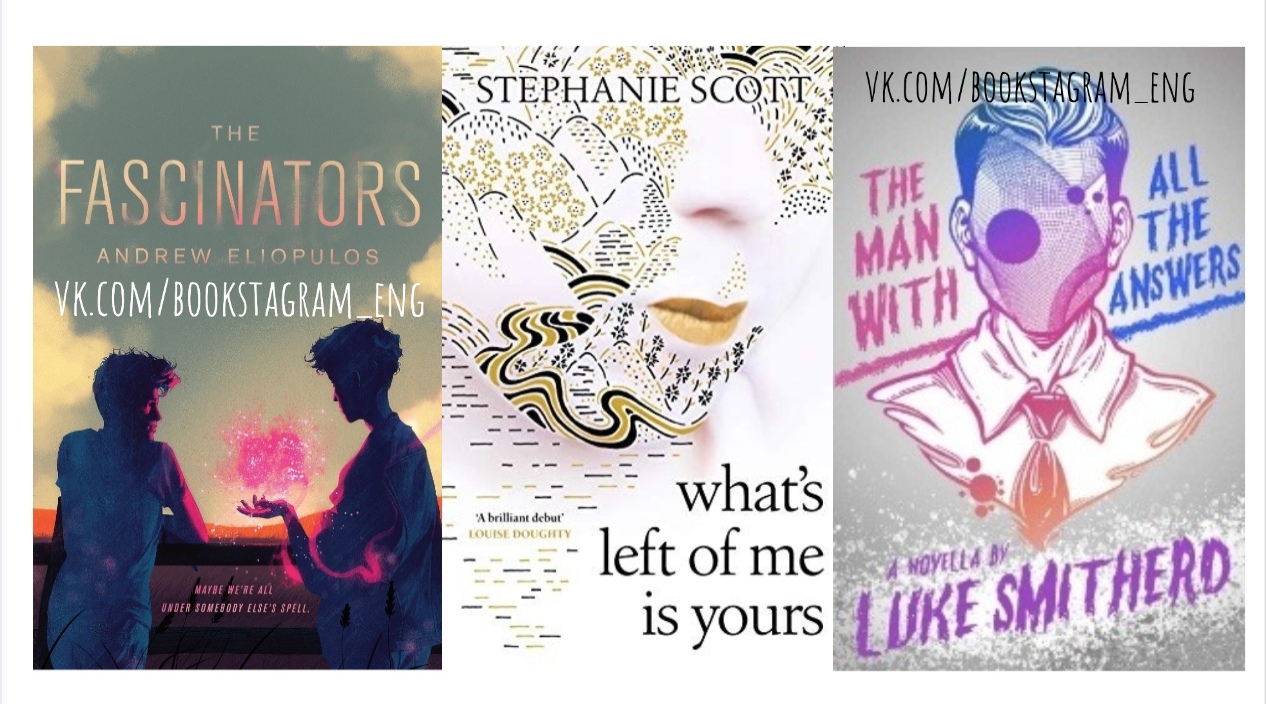 Whats_Left_of_Me_is_Yours.pdf
1.73 MB
Please Share This
Related Posts
Many magazines
on the
→ MAGAZINELIB.COM
Book for today - 2019