Broadly defined as the grey area between strategy and tactics, operational art spans the theory and practice of planning and conducting campaigns and major operations aimed at accomplishing strategic and operational objectives in a given theatre of operations. An intermediate link between strategy and tactics has always existed, but a distinct concept that encompasses a systematic and deliberate plan of campaign for major operations is a mere two hundred years old.

Based on country specific case-studies, The Evolution of Operational Art describes how the concepts that underpin operational art originated, how they received practical expression in various campaigns, and how they developed over time. The point of departure is the campaigns of ‘the God of War’, Napoleon Bonaparte. The book then proceeds with chapters on the evolution of operational art in Prussia / Germany, the Soviet Union / Russia, the UK, US, Israel, and China. The final chapter deals with the future of operational art in irregular warfare.

Theory is critical to refining and improving existing methods of applying operational warfare, and its importance cannot be overstated; however, to be useful, theory and its accompanying vocabulary must be combined with a proper examination of historical trends and practical experience. The Evolution of Operational Art attempts to achieve that combination. 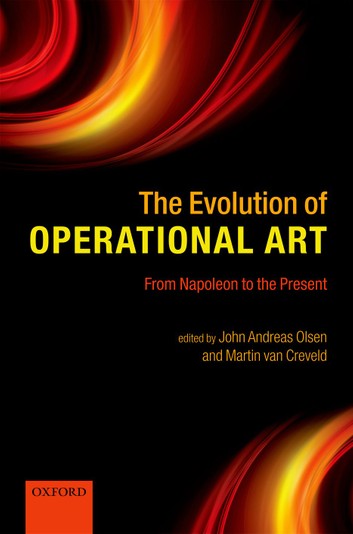 The Evolution of Operational Art. From Napoleon to the Present.pdf
1.34 MB
Please Share This
Related Posts
Many magazines
on the
→ MAGAZINELIB.COM
Book for today - 2019