Tsunayoshi (1646–1709), the fifth Tokugawa shogun, is one of the most notorious figures in Japanese history. Viewed by many as a tyrant, his policies were deemed eccentric, extreme, and unorthodox. His Laws of Compassion, which made the maltreatment of dogs an offense punishable by death, earned him the nickname Dog Shogun, by which he is still popularly known today. However, Tsunayoshi’s rule coincides with the famed Genroku era, a period of unprecedented cultural growth and prosperity that Japan would not experience again until the mid-twentieth century. It was under Tsunayoshi that for the first time in Japanese history considerable numbers of ordinary townspeople were in a financial position to acquire an education and enjoy many of the amusements previously reserved for the ruling elite.

Based on a masterful re-examination of primary sources, this exciting new work by a senior scholar of the Tokugawa period maintains that Tsunayoshi’s notoriety stems largely from the work of samurai historians and officials who saw their privileges challenged by a ruler sympathetic to commoners. Beatrice Bodart-Bailey’s insightful analysis of Tsunayoshi’s background sheds new light on his personality and the policies associated with his shogunate. Tsunayoshi was the fourth son of Tokugawa Iemitsu (1604–1651) and left largely in the care of his mother, the daughter of a greengrocer. Under her influence, Bodart-Bailey argues, the future ruler rebelled against the values of his class. As evidence she cites the fact that, as shogun, Tsunayoshi not only decreed the registration of dogs, which were kept in large numbers by samurai and posed a threat to the populace, but also the registration of pregnant women and young children to prevent infanticide. He decreed, moreover, that officials take on the onerous tasks of finding homes for abandoned children and caring for sick travelers.

In the eyes of his detractors, Tsunayoshi’s interest in Confucian and Buddhist studies and his other intellectual pursuits were merely distractions for a dilettante. Bodart-Bailey counters that view by pointing out that one of Japan’s most important political philosophers, Ogyû Sorai, learned his craft under the fifth shogun. Sorai not only praised Tsunayoshi’s government, but his writings constitute the theoretical framework for many of the ruler’s controversial policies. Another salutary aspect of Tsunayoshi’s leadership that Bodart-Bailey brings to light is his role in preventing the famines and riots that would have undoubtedly taken place following the worst earthquake and tsunami as well as the most violent eruption of Mount Fuji in history―all of which occurred during the final years of Tsunayoshi’s shogunate.

The Dog Shogun is a thoroughly revisionist work of Japanese political history that touches on many social, intellectual, and economic developments as well. As such it promises to become a standard text on late-seventeenth and early-eighteenth-century Japan. 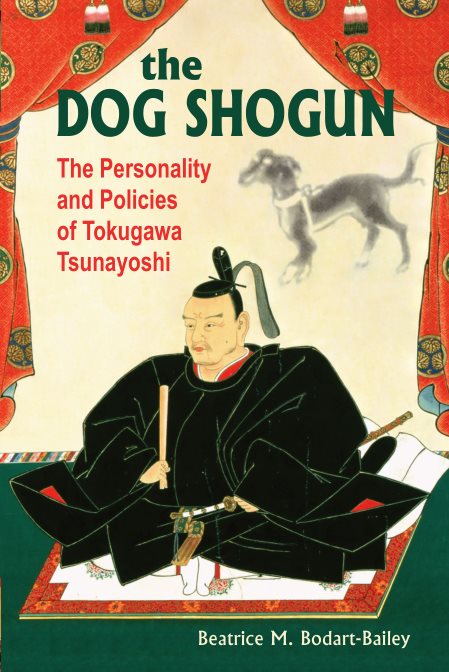 The Dog Shogun. The Personality And Policies of Tokugawa Tsunayoshi.pdf
5.40 MB
Please Share This
Related Posts
Many magazines
on the
→ MAGAZINELIB.COM
Book for today - 2019-2022