The Disappeared by Sibel Hodge

The Widow. The Secret. The Liar.
The Disappeared…
On a routine flight from Africa to England, Dr Mason Palmer is tragically killed when the light aircraft he’s travelling on crashes and disappears in dense bushland.

The Widow…
Ten months later, Nicole Palmer is still trying to block out the grief of her husband’s sudden death. Until one morning she receives a photo of Mason through the post, along with a cryptic message. A message only he could’ve written.

The Secret…
But when Nicole tries to find out if Mason is really alive and what actually happened to him in Africa, everyone she turns to for answers ends up dead.

Determined to find the truth, Nicole uncovers a conspiracy that spans the globe, and discovers there are powerful people who are prepared to kill to keep her silent.
Who’s lying? Who’s watching Nicole? And can she expose their murky secrets before they catch up with her?
Sibel Hodge is the international bestselling author of multiple thrillers including Look Behind You and Duplicity. The Disappeared is a twisty and suspenseful mystery thriller which will appeal to fans of authors like Caroline Mitchell, Mark Edwards and John Marrs. 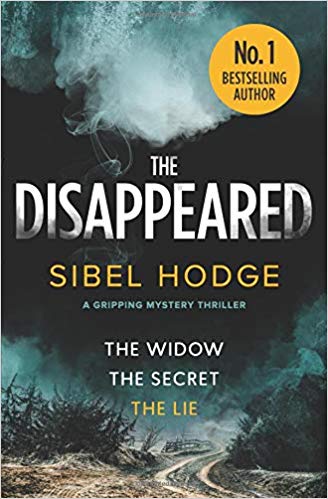 The_Disappeared.epub
387.65 KB
Please Share This
Related Posts
Many magazines
on the
→ MAGAZINELIB.COM
Book for today - 2019-2022