All historians would agree that America is a nation of nations. But what does that mean in terms of the issues that have moved and shaped us as a people? Contemporary concerns such as bilingualism, incorporation/assimilation, dual identity, ethnic politics, quotas and affirmative action, residential segregation, and the volume of immigration resonate with a past that has confronted variations of these modern issues. The Columbia Documentary History of Race and Ethnicity in America, written and compiled by a highly respected team of American historians under the editorship of Ronald Bayor, illuminates the myriad ways in which immigration, racial, and ethnic histories have shaped the contours of contemporary American society.

This invaluable resource documents all eras of the American past, including black–white interactions and the broad spectrum of American attitudes and reactions concerning Native Americans, Irish Catholics, Mexican Americans, Jewish Americans, and other groups. Each of the eight chronological chapters contains a survey essay, an annotated bibliography, and 20 to 30 related public and private primary source documents, including manifestos, speeches, court cases, letters, memoirs, and much more. From the 1655 petition of Jewish merchants regarding the admission of Jews to the New Netherlands colony to an interview with a Chinese American worker regarding a 1938 strike in San Francisco, documents are drawn from a variety of sources and allow students and others direct access to our past. 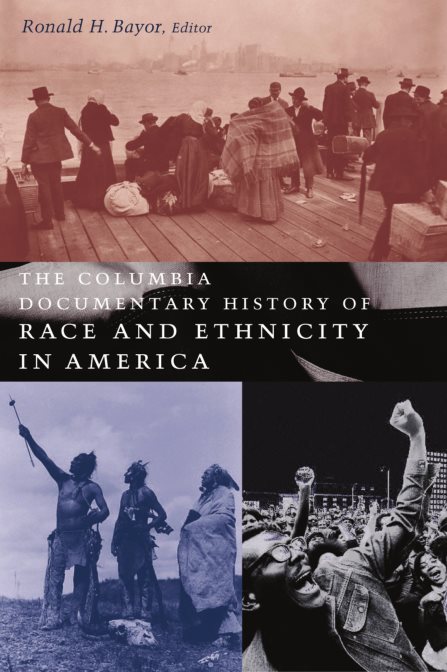 The Columbia Documentary History of Race and Ethnicity in America.pdf
9.46 MB
Please Share This
Related Posts
Many magazines
on the
→ MAGAZINELIB.COM
Book for today - 2019