The best of horror

1. Charlotte Perkins Gilman. The Yellow Wallpaper
The Yellow Wallpaper is a feminist text, telling a story about a woman’s struggles against male-centric thinking and societal ‘norms’. The text may be ambiguous to the reader who is unfamiliar with Gilman’s politics and personal biography, yet, it impresses any reader with the puerile treatment of the main character, who remains nameless in the text.

3. H. P. Lovecraft. The Dunwich Horror
H. P. Lovecraft (1890 – 1937) was the most important American horror fiction writer of the first half of the 20th century whose fiction, especially about the Cthulhu Mythos universe, spanned both time and space.
He never achieved financial success; however, he did become good friends with several big writers, notably Robert Bloch (Psycho) and Robert E. Howard of Conan fame.

4. John Boyne. This House Is Haunted
Written in Dickensian prose, This House Is Haunted is a striking homage to the classic nineteenth-century ghost story. Set in Norfolk in 1867, Eliza Caine responds to an ad for a governess position at Gaudlin Hall. When she arrives at the hall, shaken by an unsettling disturbance that occurred during her travels, she is greeted by the two children now in her care, Isabella and Eustace. There is no adult present to represent her mysterious employer, and the children offer no explanation. Later that night in her room, another terrifying experience further reinforces the sense that something is very wrong.

5. Susan Hill. The Woman in Black:
A classic ghost story: the chilling tale of a menacing specter haunting a small English town. Arthur Kipps is an up-and-coming London solicitor who is sent to Crythin Gifford–a faraway town in the windswept salt marshes beyond Nine Lives Causeway–to attend the funeral and settle the affairs of a client, Mrs. Alice Drablow of Eel Marsh House. Mrs. Drablow’s house stands at the end of the causeway, wreathed in fog and mystery, but Kipps is unaware of the tragic secrets that lie hidden behind its sheltered windows. The routine business trip he anticipated quickly takes a horrifying turn when he finds himself haunted by a series of mysterious sounds and images–a rocking chair in a deserted nursery, the eerie sound of a pony and trap, a child’s scream in the fog, and, most terrifying of all, a ghostly woman dressed all in black.

6. Anne Rice. The Witching Hour
Demonstrating once again her gift for spellbinding stoyrtelling, Anne Rice makes real a family of witches-a family given to poetry and incest, to murder and philsophy, a family that is itself haunted by a powerful, dangerous and seductive being.

7. John Ajvide Lindqvist. Let the Right One In
Let the Right One In Takes Top Honors at Tribeca Film Festival! It is autumn 1981 when the inconceivable comes to Blackeberg, a suburb in Sweden. The body of a teenage boy is found, emptied of blood, the murder rumored to be part of a ritual killing. Twelve-year-old Oskar is personally hoping that revenge has come at long last—revenge for the bullying he endures at school, day after day. But the murder is not the most important thing on his mind. A new girl has moved in next door—a girl who has never seen a Rubik’s Cube before, but who can solve it at once. There is something wrong with her, though, something odd. And she only comes out at night. Sweeping top honors at film festivals all over the globe, director Tomas Alfredsson’s film of Let the Right One In has received the same kind of spectacular raves that have been lavished on the book. American readers of vampire fiction will be thrilled!

8. Adam Nevill. Apartment 16
In Barrington House, an upmarket block in London, there is an empty apartment. No one goes in and no one comes out, and it’s been that way for 50 years, until the night a watchman hears a disturbance after midnight and is drawn to investigate. What he experiences is enough to change his life forever. Soon after, a young American woman, Apryl, arrives at Barrington House. She’s been left an apartment by her mysterious Great Aunt Lillian who died in strange circumstances. Rumors claim Lillian was mad, but her diary suggests she was implicated in a horrific and inexplicable event decades ago. Determined to learn something of this eccentric woman, Apryl begins to unravel the hidden story of Barrington House. She discovers that a transforming, evil force still inhabits the building, and that the doorway to Apartment 16 is a gateway to something altogether more terrifying.

9. Bram Stoker. The Jewel of Seven Stars
A mysterious attack on Margaret Trelawney’s father brings young lawyer Malcolm Ross into the Egyptologist’s bizarre home, and the couple soon find they are battling ancient forces greater than they previously could have imagined. The Egyptian queen Tera has been awoken, and is coming to take what she believes to be hers – whatever the cost to the Trelawney family. Set in London and Cornwall, and written at a time when a fascination with the East pervaded Victorian England, The Jewel of Seven Stars reflected the perceived contrast between the Orient’s savagery and moral degradation, and its exotic beauty and opulence. 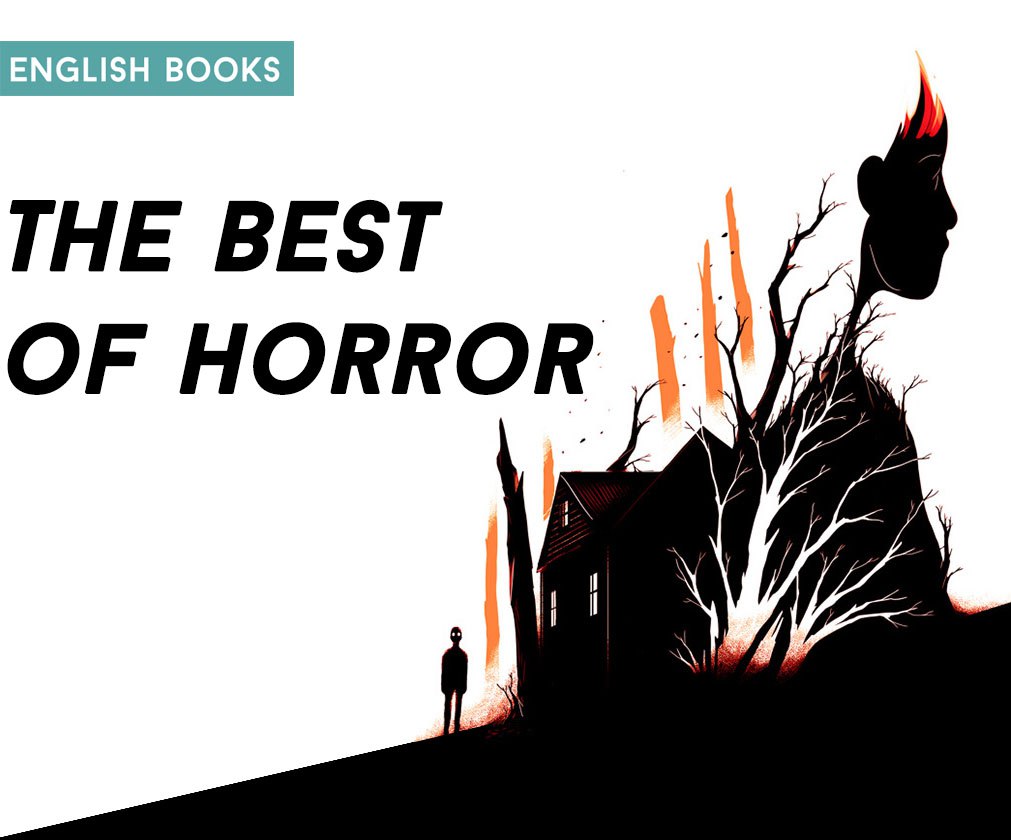