Artemis has committed his entire fortune to a project he believes will save the planet and its inhabitants, both human and fairy. Can it be true? Has goodness taken hold of the world’s greatest teenage criminal mastermind?

Captain Holly Short is unconvinced, and discovers that Artemis is suffering from Atlantis Complex, a psychosis common among guilt-ridden fairies—not humans—and most likely triggered by Artemis’s dabbling with fairy magic. Symptoms include obsessive-compulsive behavior, paranoia, multiple personality disorder and, in extreme cases, embarrassing professions of love to a certain feisty LEPrecon fairy.

Unfortunately, Atlantis Complex has struck at the worst possible time. A deadly foe from Holly’s past is intent on destroying the actual city of Atlantis. Can Artemis escape the confines of his mind and the grips of a giant squid in time to save the underwater metropolis and its fairy inhabitants? 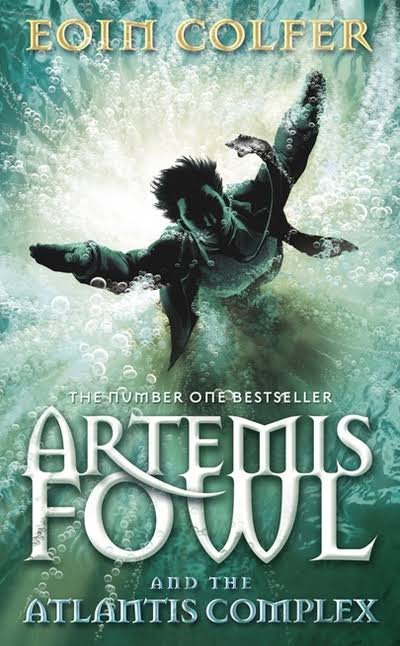