The 9 Best Books Made Into Films

1. Anne Rice. Interview with the Vampire
A vampire with a conscience recounts how he departed from human existence and became a vampire but, reluctant to take human life, he sustains himself on the blood of animals.

2. Bram Stoker. Dracula
During a business visit to Count Dracula’s castle in Transylvania, a young English solicitor finds himself at the center of a series of horrifying incidents. Jonathan Harker is attacked by three phantom women, observes the Count’s transformation from human to bat form, and discovers puncture wounds on his own neck that seem to have been made by teeth.

3. Christopher Buckley. Thank You for Smoking
Nick Naylor had been called many things since becoming chief spokesman for the Academy of Tobacco Studies. But until now no one had actually compared him to Satan.” They might as well have, though. “Gucci Goebbels,” “yuppie Mephistopheles,” and “death merchant” are just a few endearments Naylor has earned himself as the tobacco lobby’s premier spin doctor.

4. Christopher Priest. The Prestige
After ten years of quietude, author Christopher Priest (nominated one of the Best of Young British Novelists in 1983) returns with a triumphant tale of dueling prestidigitators and impossible acts.

5. Chuck Palahniuk. Fight Club
Featuring soap made from human fat, waiters at high-class restaurants who do unmentionable things to soup and an underground organization dedicated to inflicting a violent anarchy upon the land, Palahniuk’s apocalyptic first novel is clearly not for the faint of heart. The unnamed (and extremely unreliable) narrator, who makes his living investigating accidents for a car company in order to assess their liability, is combating insomnia and a general sense of anomie by attending a steady series of support-group meetings for the grievously ill, at one of which (testicular cancer) he meets a young woman named Marla. She and the narrator get into a love triangle of sorts with Tyler Durden, a mysterious and gleefully destructive young man with whom the narrator starts a fight club, a secret society that offers young professionals the chance to beat one another to a bloody pulp. Mayhem ensues, beginning with the narrator’s condo exploding and culminating with a terrorist attack on the world’s tallest building. Writing in an ironic deadpan and including something to offend everyone, Palahniuk is a risky writer who takes chances galore, especially with a particularly bizarre plot twist he throws in late in the book. Caustic, outrageous, bleakly funny, violent and always unsettling, Palahniuk’s utterly original creation will make even the most jaded reader sit up and take notice.

6. Ken Kesey. One flew over cuckoos nest
Chief Bromden, half American-Indian, whom the authorities believe is deaf and dumb, tells the story of a mental institution ruled by Big Nurse on behalf of the all-powerful Combine. Into this terrifying grey world comes McMurphy, a brawling gambling man, who wages total war on behalf of his cowed fellow-inmates. What follows is at once hilarious and heroic, tragic and ultimately liberating. Since its first publication in 1962, Ken Keseys astonishing first novel has achieved the status of a contemporary classic. Kesey can be funny, he can be lyrical, he can do dialogue, and he can write a muscular narrative. In fact there’s not much better come out of America in the sixties If you havent already read this book, do so. If you have, read it again Douglas Eadie, Scotsman.

7. Tracy Chevalier. Girl with a Pearl Earring
Girl With a Pearl Earring tells the story of Griet, a 16-year-old Dutch girl who becomes a maid in the house of the painter Johannes Vermeer. Her calm and perceptive manner not only helps her in her household duties, but also attracts the painter’s attention. Though different in upbringing, education and social standing, they have a similar way of looking at things. Vermeer slowly draws her into the world of his paintings the still, luminous images of solitary women in domestic settings

8. Truman Capote. Breakfast At Tiffanys
Holly Golightly is generally up all night drinking cocktails and breaking hearts. She hasn’t got a past. She doesn’t want to belong to anything or anyone, not even to her one-eyed rag-bag pirate of a cat. One day Holly might find somewhere she belongs.

9. Winston Groom. Forrest Gump
At 6’6″ and 240lbs, Forrest Gump is difficult to ignore. This satire follows him from the football dynasties of Bear Bryant to Vietnam, and from encounters with Presidents Johnson and Nixon to pow-wows with Chairman Mao. It also takes in Harvard University, a Hollywood set, and a NASA mission. 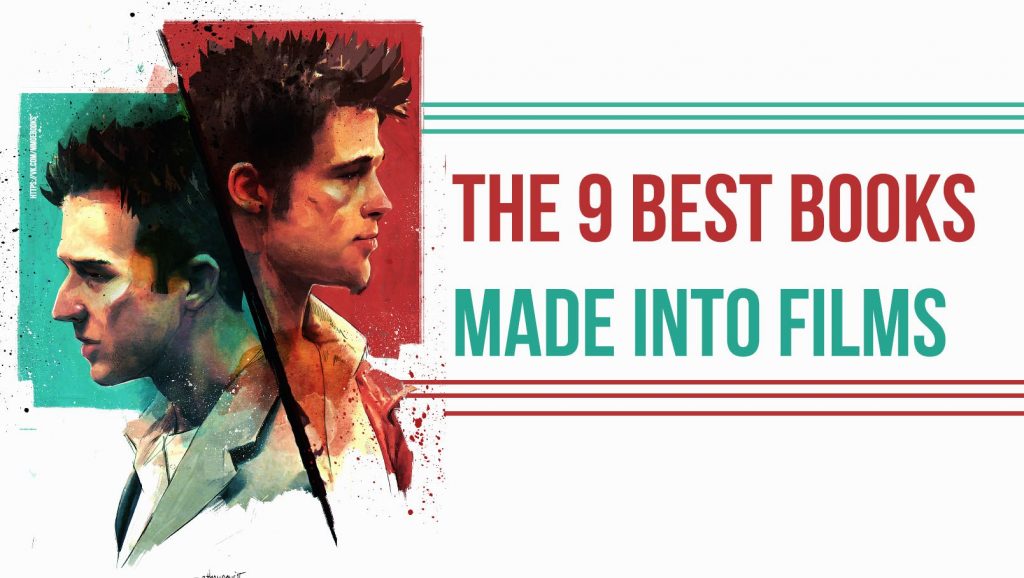