Ted Oswald – Because We Are

Ten-year-old orphan Libète has been hardened by the daily struggle to survive in Cité Soleil, Haiti’s most infamous slum. But when she and her best friend, Jak, discover a young mother and her baby brutally murdered in a nearby marsh, it’s unlike anything she’s encountered before. Though initially shocked, the adults of Cité Soleil move on quickly from the event; after all, death is commonplace in this community. Undaunted, Libète takes action with Jak in tow, plunging herself into a dangerous, far-reaching plot that will change her irrevocably and threaten everything she holds dear.

Because We Are is a profound and mesmerizing tale of a young girl’s search for justice in an unjust world, set against the vivid and tumultuous backdrop of modern-day Haiti. 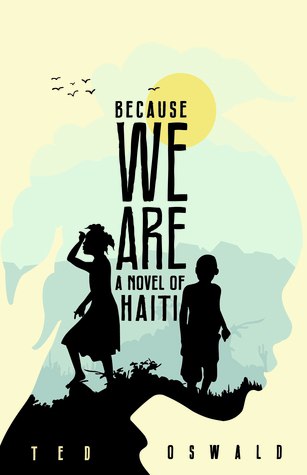 Ted Oswald - Because We Are.pdf
1.44 MB
Please Share This
Related Posts
Many magazines
on the
→ MAGAZINELIB.COM
Book for today - 2019-2022