1. Kazuo Ishiguro. Never Let Me Go
From the Booker Prize-winning author of The Remains of the Day comes a devastating new novel of innocence, knowledge, and loss. As children Kathy, Ruth, and Tommy were students at Hailsham, an exclusive boarding school secluded in the English countryside. It was a place of mercurial cliques and mysterious rules where teachers were constantly reminding their charges of how special they were.

Now, years later, Kathy is a young woman. Ruth and Tommy have reentered her life. And for the first time she is beginning to look back at their shared past and understand just what it is that makes them special–and how that gift will shape the rest of their time together. Suspenseful, moving, beautifully atmospheric, Never Let Me Go is another classic by the author of The Remains of the Day.

2. Colm Toibin. The Master
“Colm Tóibín’s beautiful, subtle illumination of Henry James’s inner life” (The New York Times) captures the loneliness and hope of a master of psychological subtlety whose forays into intimacy inevitably fail those he tried to love.

Beautiful and profoundly moving, The Master tells the story of Henry James, a man born into one of America’s first intellectual families who leaves his country in the late nineteenth century to live in Paris, Rome, Venice, and London among privileged artists and writers. With stunningly resonant prose, “The Master is unquestionably the work of a first-rate novelist: artful, moving, and very beautiful” (The New York Times Book Review). The emotional intensity of this portrait is riveting.

3. Jonathan Safran Foer. Everything is Illuminated
“Everything Is Illuminated” is Jonathan Safran Foer’s bestselling novel of a search for truth. It is the inspiration for the Liev Schreiber film, starring Elijah Wood. A young man arrives in the Ukraine, clutching in his hand a tattered photograph. He is searching for the woman who fifty years ago saved his grandfather from the Nazis. Unfortunately, he is aided in his quest by Alex, a translator with an uncanny ability to mangle English into bizarre new forms; a “blind” old man haunted by memories of the war; and an undersexed guide dog named Sammy Davis Jr, Jr. What they are looking for seems elusive – a truth hidden behind veils of time, language and the horrors of war. What they find turns all their worlds upside down…”An astonishing feat of writing: hilariously funny and deeply serious, a gripping narrative. Extraordinary”. (“The Times”). “One of the most impressive novel debuts of recent years.” (Joyce Carol Oates, “The Times Literary Supplement”). “A first novel of startling originality”. (Jay McInerney, “Observer”). “Showy, smart. Made me laugh a lot”. (Susan Sontag, “The Times Literary Supplement”). “It seems hard to believe that such a young writer can have such a deep understanding of both comedy and tragedy”. (Erica Wagner, “The Times”). “A box of treasures”. (“LA Times”). “Funny, life affirming, brilliant”. (“Esquire”). Jonathan Safran Foer was born in 1977. He is the author of “Everything is Illuminated”, which won the National Jewish Book Award and the Guardian First Book award; “Extremely Loud and Incredibly Close”, which is now a major film starring Tom Hanks and Sandra Bullock; and “Eating Animals”. He is also the editor of “A Convergence of Birds”.

4. Haruki Murakami. Kafka on the Shore
Kafka on the Shore is powered by two remarkable characters: a teenage boy, Kafka Tamura, who runs away from home either to escape a gruesome oedipal prophecy or to search for his long-missing mother and sister; and an aging simpleton called Nakata, who never recovered from a wartime affliction and now is drawn toward Kafka for reasons that, like the most basic activities of daily life, he cannot fathom.

As their paths converge, and the reasons for that convergence become clear, Haruki Murakami enfolds readers in a world where cats talk, fish fall from the sky, and spirits slip out of their bodies to make love or commit murder. Kafka on the Shore displays one of the world’s great storytellers at the peak of his powers.

5. William Trevor. The Story of Lucy Gault
The stunning new novel from highly acclaimed author William Trevor is a brilliant, subtle, and moving story of love, guilt, and forgiveness. The Gault family leads a life of privilege in early 1920s Ireland, but the threat of violence leads the parents of nine-year-old Lucy to decide to leave for England, her mother’s home. Lucy cannot bear the thought of leaving Lahardane, their country house with its beautiful land and nearby beach, and a dog she has befriended. On the day before they are to leave, Lucy runs away, hoping to convince her parents to stay. Instead, she sets off a series of tragic misunderstandings that affect all of Lahardane’s inhabitants for the rest of their lives.

6. Iain Banks. Dead Air
Iain Banks’ daring new novel opens in a loft apartment in the East End, in a former factory due to be knocked down in a few days. Ken Nott is a devoutly contrarian vaguely left-wing radio shock-jock living in London. After a wedding breakfast people start dropping fruits from a balcony on to a deserted carpark ten storeys below, then they start dropping other things; an old TV that doesn’t work, a blown loudspeaker, beanbags, other unwanted furniture…Then they get carried away and start dropping things that are still working, while wrecking the rest of the apartment. But mobile phones start ringing and they’re told to turn on a TV, because a plane has just crashed into the World Trade Centre. At ease with the volatility of modernity, Iain Banks is also our most accomplished literary writer of narrative-driven adventure stories that never ignore the injustices and moral conundrums of the real world. His new novel, set in contemporary London, displays the trademark dark wit, buoyancy and momentum of his finest work. It will be one of the most important novels of 2002.

7. Philip Roth. The Human Stain
It is 1998, the year in which America is whipped into a frenzy of prurience by the impeachment of a president, and in a small New England town, an aging classics professor, Coleman Silk, is forced to retire when his colleagues decree that he is a racist. The charge is a lie, but the real truth about Silk would have astonished even his most virulent accuser.

Coleman Silk has a secret, one which has been kept for fifty years from his wife, his four children, his colleagues, and his friends, including the writer Nathan Zuckerman. It is Zuckerman who stumbles upon Silk’s secret and sets out to reconstruct the unknown biography of this eminent, upright man, esteemed as an educator for nearly all his life, and to understand how this ingeniously contrived life came unraveled. And to understand also how Silk’s astonishing private history is, in the words of The Wall Street Journal, “magnificently” interwoven with “the larger public history of modern America.”

8. Margaret Atwood.The Blind Assassin
The Blind Assassin opens with these simple, resonant words: “Ten days after the war ended, my sister Laura drove a car off a bridge.” They are spoken by Iris, whose terse account of her sister’s death in 1945 is followed by an inquest report proclaiming the death accidental. But just as the reader expects to settle into Laura?s story, Atwood introduces a novel-within-a-novel. Entitled The Blind Assassin, it is a science fiction story told by two unnamed lovers who meet in dingy backstreet rooms. When we return to Iris, it is through a 1947 newspaper article announcing the discovery of a sailboat carrying the dead body of her husband, a distinguished industrialist. Brilliantly weaving together such seemingly disparate elements, Atwood creates a world of astonishing vision and unforgettable impact.

9. Neal Stephenson. Cryptonomicon
With this extraordinary first volume in what promises to be an epoch-making masterpiece, Neal Stephenson hacks into the secret histories of nations and the private obsessions of men, decrypting with dazzling virtuosity the forces that shaped this century.

In 1942, Lawrence Pritchard Waterhouse—mathematical genius and young Captain in the U.S. Navy—is assigned to detachment 2702. It is an outfit so secret that only a handful of people know it exists, and some of those people have names like Churchill and Roosevelt. The mission of Waterhouse and Detachment 2702—commanded by Marine Raider Bobby Shaftoe-is to keep the Nazis ignorant of the fact that Allied Intelligence has cracked the enemy’s fabled Enigma code. It is a game, a cryptographic chess match between Waterhouse and his German counterpart, translated into action by the gung-ho Shaftoe and his forces.

Fast-forward to the present, where Waterhouse’s crypto-hacker grandson, Randy, is attempting to create a “data haven” in Southeast Asia—a place where encrypted data can be stored and exchanged free of repression and scrutiny. As governments and multinationals attack the endeavor, Randy joins forces with Shaftoe’s tough-as-nails granddaughter, Amy, to secretly salvage a sunken Nazi submarine that holds the key to keeping the dream of a data haven afloat. But soon their scheme brings to light a massive conspiracy with its roots in Detachment 2702 linked to an unbreakable Nazi code called Arethusa. And it will represent the path to unimaginable riches and a future of personal and digital liberty…or to universal totalitarianism reborn.

A breathtaking tour de force, and Neal Stephenson’s most accomplished and affecting work to date, Cryptonomicon is profound and prophetic, hypnotic and hyper-driven, as it leaps forward and back between World War II and the World Wide Web, hinting all the while at a dark day-after-tomorrow. It is a work of great art, thought and creative daring; the product of a truly iconoclastic imagination working with white-hot intensity. 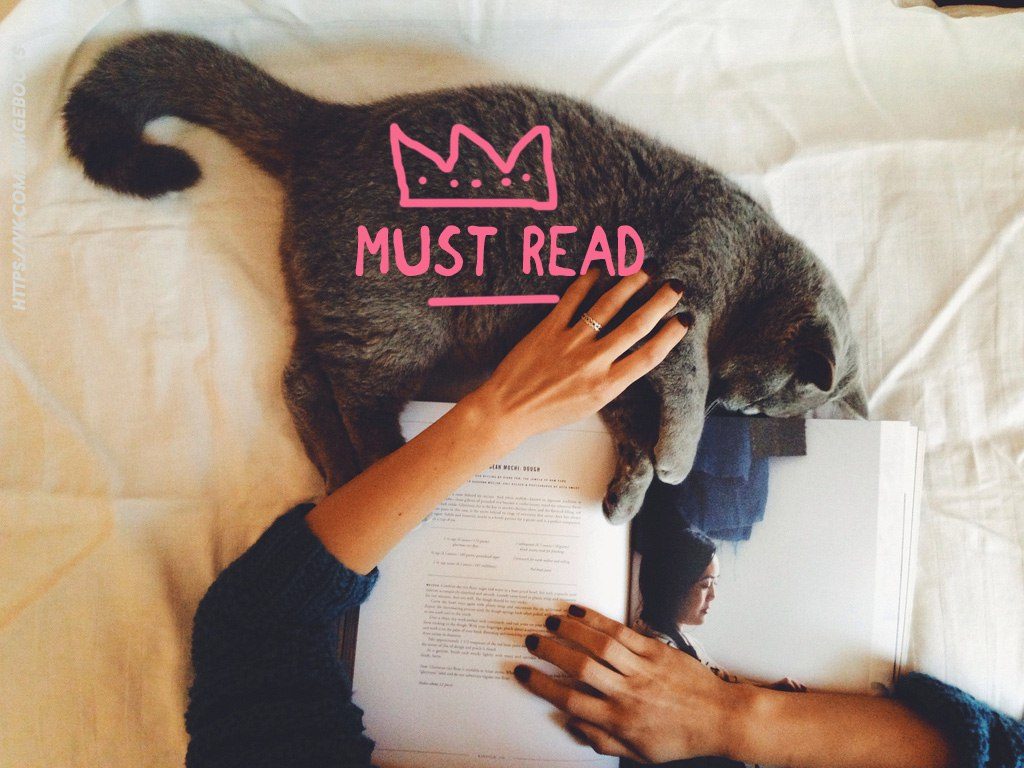