Samantha Markum – This May End Badly

Pranking mastermind Doe and her motley band of Weston girls are determined to win the century-long war against Winfield Academy before the clock ticks down on their senior year. But when their headmistress announces that The Weston School will merge with its rival the following year, their longtime feud spirals into chaos.

To protect the school that has been her safe haven since her parents’ divorce, Doe puts together a plan to prove once and for all that Winfield boys and Weston girls just don’t mix, starting with a direct hit at Three, Winfield’s boy king and her nemesis. In a desperate move to win, Doe strikes a bargain with Three’s cousin, Wells: If he fake dates her to get under Three’s skin, she’ll help him get back his rightful family heirloom from Three.

As the pranks escalate, so do her feelings for her fake boyfriend, and Doe spins lie after lie to keep up her end of the deal. But when a teacher long suspected of inappropriate behavior messes with a younger Weston girl, Doe has to decide what’s more important: winning a rivalry, or joining forces to protect something far more critical than a prank war legacy.

This May End Badly is a story about friendship, falling in love, and crossing pretty much every line presented to you―and how to atone when you do. 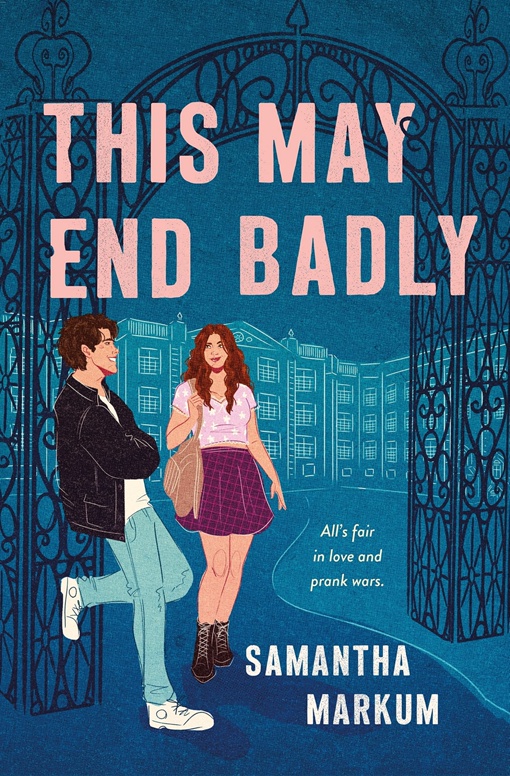 This May End Badly.epub
7.39 MB
Please Share This
Related Posts
Many magazines
on the
→ MAGAZINELIB.COM
Book for today - 2019-2022