An alchemist peddles a new magical invention—and the key that could unlock Lettie Peppercorn’s family secrets—in this quirky “tale of self-discovery, family, and friendship” (The Independent).

Lettie Peppercorn cannot go outside. Ma told her so right before Ma disappeared forever. So Lettie’s house is on stilts, and she is stuck with only the wind and a pigeon for a friend. Nothing exciting has ever happened to her—until the night a strange merchant appears.

He claims to be an alchemist—the greatest that ever lived—and he is here to sell Lettie his newest invention. It’s an invention that could change Lettie’s life—and the world forever. An invention called “snow.”

But snow is not the only secret he holds. The alchemist knows where Lettie’s Ma is. And Lettie will do anything to get Ma back—even if it means risking her own life.

Join the brilliant and resourceful Lettie Peppercorn as she sails across the world to reunite her family and discover the truth about herself. 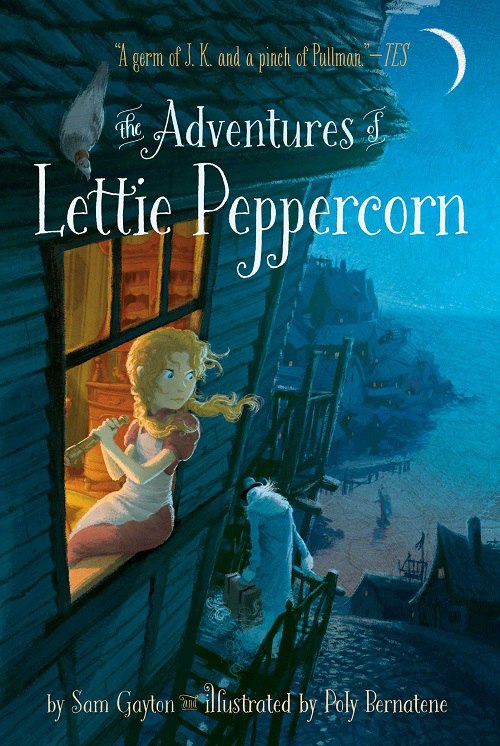 Sam Gayton - The Adventures of Lettie Peppercorn.pdf
10.73 MB
Please Share This
Related Posts
Many magazines
on the
→ MAGAZINELIB.COM
Book for today - 2019