This updated and expanded second edition is the true story of the unsolved murder of Florence Nightingale’s goddaughter. Florence Nightingale Shore grew up in a Victorian family that found itself mired in controversy and scandal. She became a respected Queen’s Nurse, who worked for five years in France from 1914 and was decorated for her heroism in World War 1.

Tragically, on her return to England, Florence was murdered on a moving train – a classic ‘closed room’ murder mystery in a railway carriage. In spite of the best efforts of the local police, Scotland Yard and the famous pathologist Bernard Spilsbury, the crime was never solved. But now a new suspect has been identified, and another mystery has been uncovered amongst the shadowy characters surrounding the crime, to add to the unanswered questions:

Who was ‘the man in the brown suit’? What was the significance of the unloaded revolver? And did the Arlington burglar have a sinister reason to burn all his clothing?

These questions, and the breathtaking new theory that would rewrite the whole story of Florence’s life, are all explored in this fascinating book, which combines mystery with history and true crime with true heroism. Florence’s story ranges from Victorian England to South Africa, China and war-torn Europe. Her family members emerge as flawed, fascinating characters, and her brutal death as one of the most tragic and enduring unsolved crimes in England. 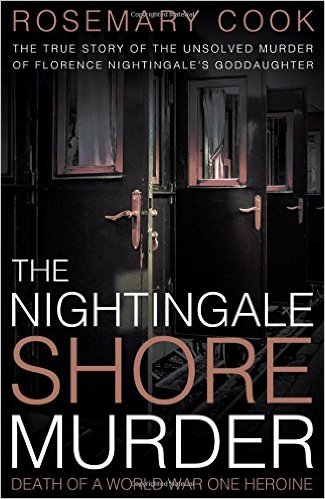 Rosemary Cook - The Nightingale Shore Murder-Death of a World War I Heroine.pdf
972.32 KB
Please Share This
Related Posts
Many magazines
on the
→ MAGAZINELIB.COM
Book for today - 2019