At its core, economics is about making decisions. In the history of economic thought, great intellectual prowess has been exerted toward devising exquisite theories of optimal decision making in situations of constraint, risk, and scarcity. Yet not all of our choices are purely logical, and so there is a longstanding tension between those emphasizing the rational and irrational sides of human behavior. One strand develops formal models of rational utility maximizing while the other draws on what behavioral science has shown about our tendency to act irrationally.

In Risk, Choice, and Uncertainty, George G. Szpiro offers a new narrative of the three-century history of the study of decision making, tracing how crucial ideas have evolved and telling the stories of the thinkers who shaped the field. Szpiro examines economics from the early days of theories spun from anecdotal evidence to the rise of a discipline built around elegant mathematics through the past half century’s interest in describing how people actually behave. Considering the work of Locke, Bentham, Jevons, Walras, Friedman, Tversky and Kahneman, Thaler, and a range of other thinkers, he sheds light on the vast scope of discovery since Bernoulli first proposed a solution to the St. Petersburg Paradox. Presenting fundamental mathematical theories in easy-to-understand language, Risk, Choice, and Uncertainty is a revelatory history for readers seeking to grasp the grand sweep of economic thought. 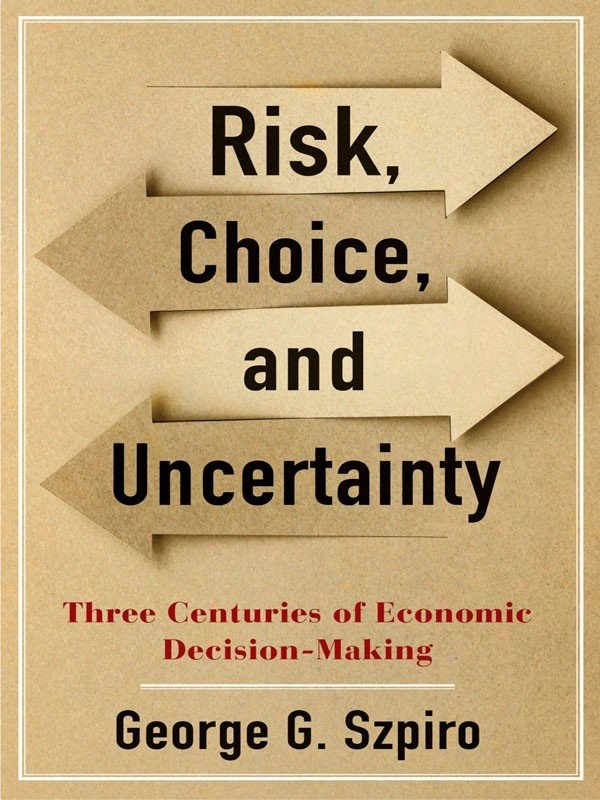 Risk_Choice_and_Uncertainty_-_George_G_Szpiro.pdf
7.48 MB
Please Share This
Related Posts
Many magazines
on the
→ MAGAZINELIB.COM
Book for today - 2019