Russia’s new ballistic missile submarine, Yuriy Dolgorukiy, is being deployed on its first patrol while America’s newest fast attack submarine, North Dakota, is assigned to trail it and collect intel. As the Russian submarine heads under the polar ice cap, its sonar readings reveal the trailing American sub and cause the Russians to begin a radical, evasive maneuver. This, however, fails and the submarines collide, resulting in damage that sends both to the bottom.

The Americans immediately set up a rescue mission, sending a new submarine and a SEAL team to establish an ice camp—Ice Station Nautilus—and stage a rescue. The Russians also send men and material, ostensibly to rescue their own men, but the Russian Special Forces team is also there to take the American base camp and the American sub, leaving no survivors or traces of their actions. As the men in North Dakota struggle to survive, the SEAL team battles for possession of the submarine.

Rick Campbell’s Ice Station Nautilus is an epic battle above and below the ice, Special Forces against SEALs, submarine against submarine, with survival on the line. 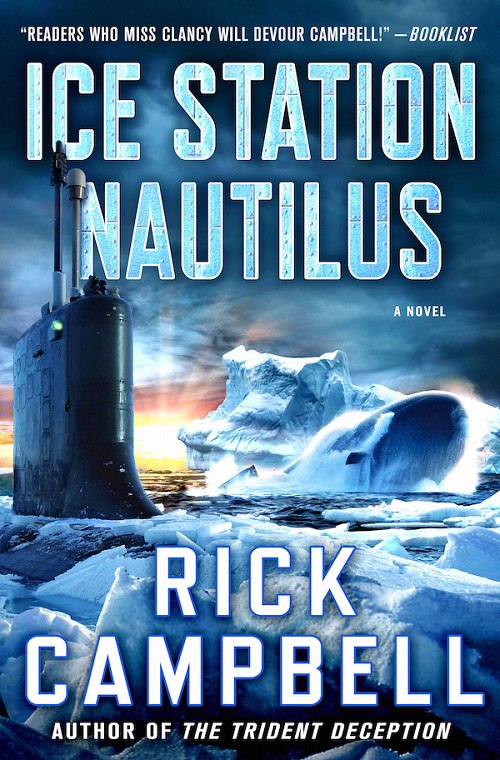