From Richard Painter, a senate candidate and law professor who served as White House chief ethics counsel under President George W. Bush, and New York Times bestselling author Peter Golenbock, American Nero is an in-depth exploration the rule of law—the legal bedrock on which this country was founded.

Painter and Golenbock present a clear description of rule of law—arguably the single most important principle underlying our civilization. They also describe the abuses of power that have occurred throughout our nation’s history. Beginning in Puritan New England with the infamous Salem Witch Trials, American Nero makes vivid stops at The Red Scare of the 1920s, Japanese-American internment, the McCarthy Era, and, much more recently, President Trump’s attempt to violate the First Amendment by banning Muslims from entering the US.

While Trump is not the first offender, he is arguably the most blatant, and this unflinchingly honest and insightful work presents in devastating detail the ways in which our current president has trampled the rule of law with his attacks on the freedom of the press, the independence of the judiciary, and the autonomy of the justice department.

This is not a book about right vs. left —instead, it is about the rule of law, a principle that transcends partisan politics, and how vital it is to the survival of our country. This book serves as a call-to-action, looking ahead to a brighter future for our country, one where citizens and officials alike protect our rights and honor their responsibilities.

Timely and revealing, American Nero shares the lessons of history and lays the framework for returning to a society that respects the rule of law—an America that is consistent with our Founding Fathers’ vision of a genuinely free nation. 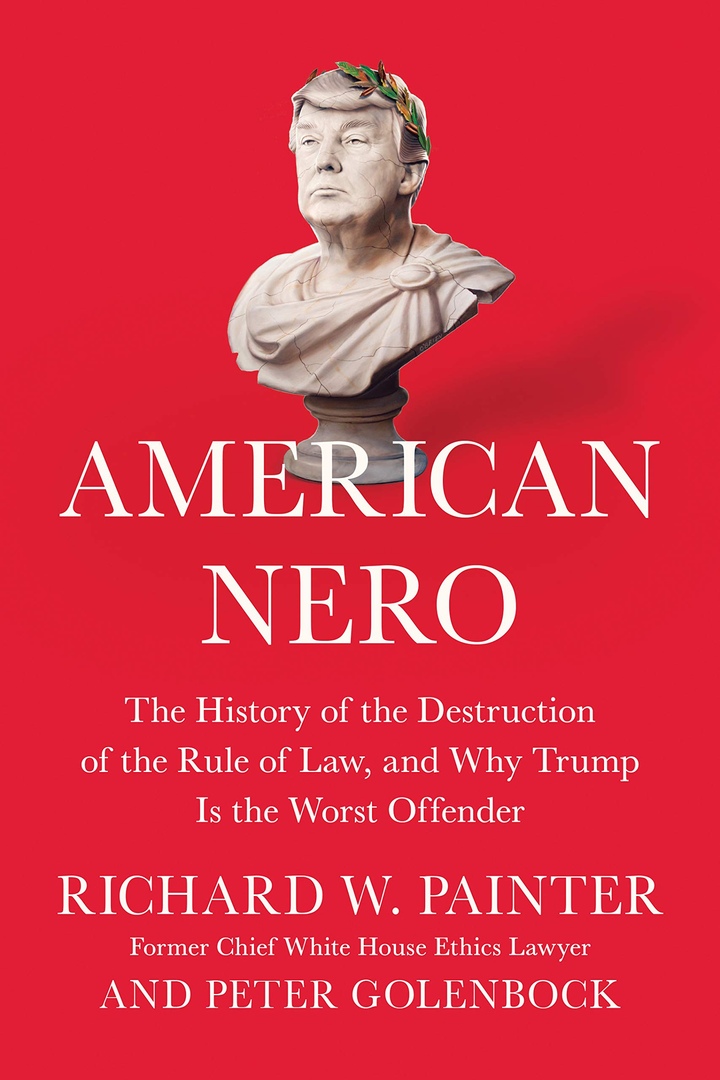