In The Money Revolution: How to Finance the Next American Century, economist and bestselling author Richard Duncan lays out a farsighted strategy to maximize the United States unmatched financial and technological potential.

In compelling fashion, the author shows that the United States can and should invest in the industries and technologies of the future on an unprecedented scale in order to ignite a new technological revolution that would cement the country’s geopolitical preeminence, greatly enhance human wellbeing, and create unimaginable wealth. In this book, you will find:

– An important new history of the Federal Reserve that details the transformation of the country’s central bank from the passive lender of last resort created by its founders in 1913 into the world’s most powerful economic institution today.
– A fascinating discussion of the evolution of money and monetary policy in the United States over the past century.
– An examination of the role that credit has played in generating economic growth, especially since Dollars ceased to be backed by Gold five decades ago.
– A detailed description of the country’s capital structure and its dangerous deficiencies.
– An urgent call-to-action for the United States to begin a multi-trillion-dollar investment program targeting industries of the future.

The Money Revolution: How to Finance the Next American Century is a page-turning read ideal for anyone interested in the future of the United States. Its gripping thesis offers anyone with a personal or professional interest in America’s economy, financial system, or geopolitical position in the world an engrossing intellectual journey. 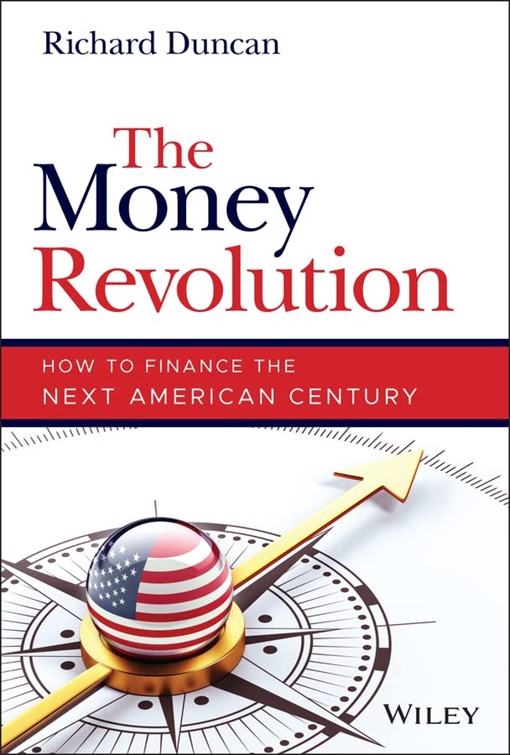 Richard Duncan - The Money Revolution.pdf
15.17 MB
Please Share This
Related Posts
Many magazines
on the
→ MAGAZINELIB.COM
Book for today - 2019-2022