Princess In Pink (The Princess Diaries )
By Meg Cabot

Princess Mia is dreaming about the prom – and contending with a hotel workers’ strike – in the fifth, supremely hilarious episode of Meg Cabot’s Princess Diaries. This time, Mia’s in the pink about the upcoming Albert Einstein H.S. prom, and she’s crossing her fingers that Michael will ask her to go. (They’re in love, so why wouldn’t he ask her, right?) But during Seven Minutes in Heaven at her b-day party, Mia learns that Michael is not the prom-going type. Good grief, what’s a princess to do?

To make matters worse, Grandmere has gotten a busboy fired due to a mishap with her pooch, Rommel, at a swanky restaurant, so when all of the city’s busboys go on strike, it causes a chain of events that result in Grandmere crashing at Mia’s mom’s place, her pal Lilly Moscovitz picking up a picket sign, and the prom being brought to a screeching halt.

Thankfully, staunch yet boy-wise Grandmere has a plan to change Michael’s mind and put everything back on track, making Mia the happiest “prom princess” on this side of the Atlantic – and readers more starry-eyed than Molly Ringwald in her prettiest pink frock. 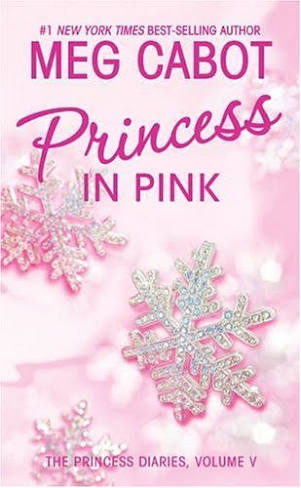