Pretty Funny for a Girl by Rebecca Elliott

A candid and laugh-out-loud journey of family, friends, and fierce mistakes.

Haylah Swinton is an ace best friend, a loving daughter, and an incredibly patient sister to a four-year-old nutcase of a brother. Best of all, she’s pretty confident she’s mastered making light of every situation–from her mom’s new boyfriend to unsolicited remarks on her plus-sized figure. Haylah’s learning to embrace all of her curvy parts and, besides, she has a secret: one day, she’ll be a stand-up comedian star.

So when impossibly cool and thirstalicious Leo reveals he’s also into comedy, Haylah jumps at the chance to ghost-write his sets. But is Leo as interested in returning the favor? Even though her friends warn her of Leo’s intentions, Haylah’s not ready to listen–and she might just be digging herself deeper toward heartbreak. If Haylah’s ever going to step into the spotlight, first she’ll need to find the confidence to put herself out there and strut like the boss she really is.

Rebecca Elliott’s hilarious and authentic narrative voice is sure to capture readers’ hearts as her plus-sized, teenage heroine navigates learning to love the body she’s in while dealing with friends, family, and boys. 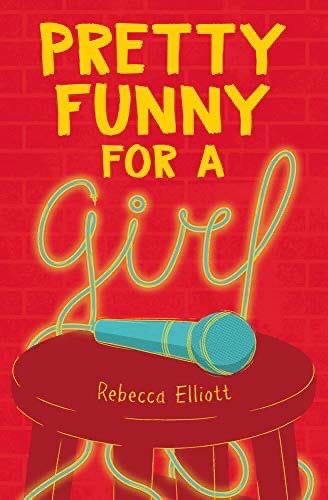 Pretty_Funny_For_A_Girl_Rebecca_Elliott.epub
1.78 MB
Please Share This
Related Posts
Many magazines
on the
→ MAGAZINELIB.COM
Book for today - 2019