Here are three enchanting Brothers Grimm fairy tales retold by one of the most accomplished authors of our time on their 200th anniversary. Philip Pullman, the New York Times bestselling author of the His Dark Materials trilogy, brings his gift for spinning tales of dark wonder to these stories that have long cast a spell on the Western imagination.

The Brothers Grimm are intimately familiar to us from such classic fairy tales as “Hansel and Gretel,” “Rumpelstiltskin,” “Little Red Riding Hood,” “Sleeping Beauty,” “Snow White,” “Cinderella,” “The Juniper Tree,” “Rapunzel,” and “The Frog King.” Pullman’s versions of the three stories in this Penguin Special—“The Twelve Huntsmen,” “The Buffalo-Hide Boots,” and “The Golden Key”—are not to be found anywhere else and are accompanied by personal commentary about their sources, history, and everlasting appeal. They’re among Pullman’s favorite Grimm tales, and they supplement the fifty he’s selected and retold in the upcoming volume Fairy Tales from the Brothers Grimm—two of which, “The Goose Girl at the Spring” and “The Three Snake Leaves,” appear here as bonus stories alongside the three feature stories. 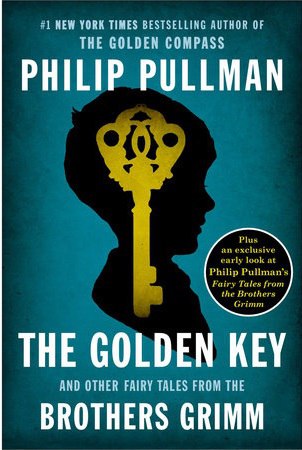 Philip Pullman - The Golden Key.epub
800.73 KB
Please Share This
Related Posts
Many magazines
on the
→ MAGAZINELIB.COM
Book for today - 2019-2022