Michael Manning was the sixth cardinal among the international Catholic clergy to die under violent and suspicious circumstances. Somebody is killing cardinals. But what is going on and why? With the latest death, the Vatican is forced to act. The Church pulls Nate Condon, a young New York attorney, into the investigation. As the history of the crimes unfolds, we are drawn inside the magnificent city of Rome, her ancient secrets, and the most privileged inner sanctums of the Catholic hierarchy.

In the midst of Nate’s investigation, more tragedy befalls the Church: The pope dies, a Vatican cardinal commits suicide, and the Mafia murders Nate’s primary contact, a self-loathing gay monsignor who is knee-deep in scandal. Soon after, an American cardinal, determined to change the corruption deep within the Church, is elected as the new pope. Will he be able to narrow the divide that is destroying everything he holds dear, or will the schism that separates the Church win out?

Strange Gods was written by two priests with firsthand knowledge of the degree to which the Church will go to cover up financial corruption, abuse of power, sexual scandal, and evil. With an eye on the holiness and grace of ordinary people who keep the Church alive and want to change her future, Strange Gods promises is an exciting, engaging and thought-provoking read. 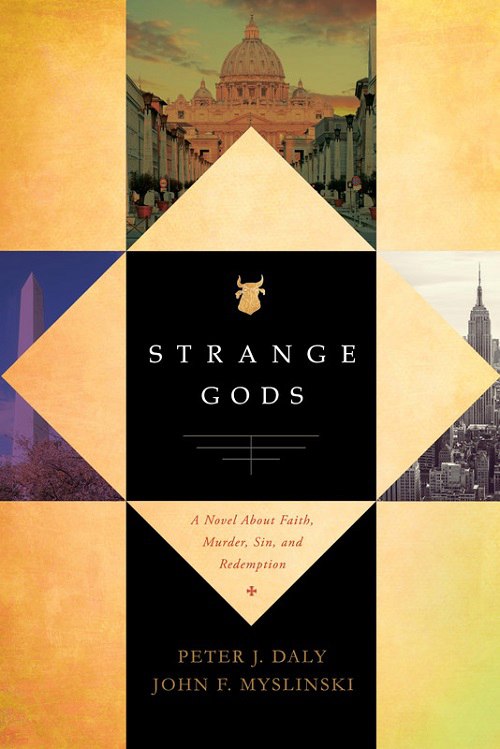