Passchendaele: The Anatomy of a Tragedy – Andrew Macdonald
HarperCollins | 2013 | EPUB

A fresh look at the battles of Passchendaele that reveals, for the first time, where responsibility for the tragedy really lies. This extensively researched book tells the story of one of the darkest hours of Australia and New Zealand’s First World War military. With the forensic use of decades-old documents and soldier accounts, it unveils for the first time what really happened on the war-torn slopes of Passchendaele, why, and who was responsible for the deaths and injuries of thousands of soldiers in the black mud of Flanders. Macdonald explores the October battles of third Ypres from the perspective of the generals who organised them to the soldiers in the field, drawing on a wide range of evidence held in Australia, New Zealand, Canada, Britain and Germany. His book is far more than a simple narrative of battle and includes critical and comparative assessments of command, personality, training discipline, weapons, systems, tactics and the environment. It looks equally at the roles of infantry, artillery and engineering units, whether Australian, New Zealand, Canadian or British, and in so doing presents a meticulous, objective and compelling investigation from start to finish. Along the way it offers numerous unique insights that have, until now, been obscured by a nearly century-old fog of war. this book will reshape the understanding of one of the most infamous battles of the First World War. 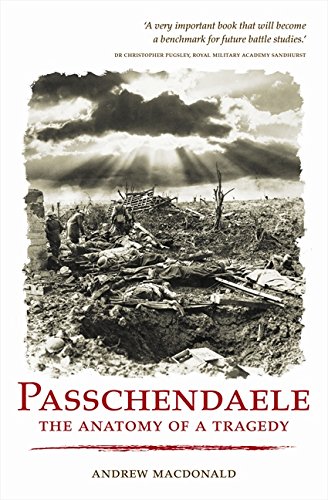