Mind Beyond Brain: Buddhism, Science, and the Paranormal

Among the most profound questions we confront are the nature of what and who we are as conscious beings, and how the human mind relates to the rest of what we consider reality. For millennia, philosophers, scientists, and religious thinkers have attempted answers, perhaps none more meaningful today than those offered by neuroscience and by Buddhism. The encounter between these two worldviews has spurred ongoing conversations about what science and Buddhism can teach each other about mind and reality.

In Mind Beyond Brain, the neuroscientist David E. Presti, with the assistance of other distinguished researchers, explores how evidence for anomalous phenomena-such as near-death experiences, apparent memories of past lives, apparitions, experiences associated with death, and other so-called psi or paranormal phenomena, including telepathy, clairvoyance, and precognition-can influence the Buddhism-science conversation. Presti describes the extensive but frequently unacknowledged history of scientific investigation into these phenomena, demonstrating its relevance to questions about consciousness and reality. The new perspectives opened up, if we are willing to take evidence of such often off-limits topics seriously, offer significant challenges to dominant explanatory paradigms and raise the prospect that we may be poised for truly revolutionary developments in the scientific investigation of mind. Mind Beyond Brain represents the next level in the science and Buddhism dialogue. 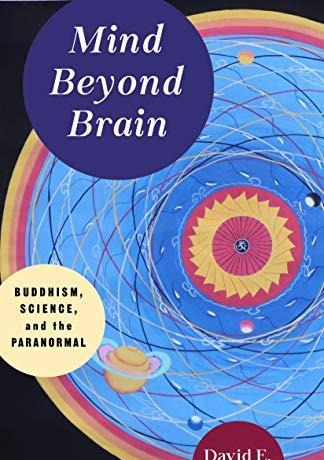 Mind Beyond Brain Buddhism, Science, and the Paranormal.epub
14.66 KB
Please Share This
Related Posts
Many magazines
on the
→ MAGAZINELIB.COM
Book for today - 2019-2022