The Girlfriend by Michelle Frances is a gripping and chilling debut psychological thriller, based on the fall-out following an unforgiveable lie. It looks at the potentially charged relationship between girlfriend, boyfriend and his mother, which most women can identify with, and locates it in an extreme but believable setting.

Laura has it all. A successful career, a long marriage to a rich husband, and a twenty-three year-old son, Daniel, who is kind, handsome, and talented. Then Daniel meets Cherry. Cherry is young, beautiful and smart but she hasn’t had the same opportunities as Daniel. And she wants Laura’s life.

Cherry comes to the family wide-eyed and wants to be welcomed with open arms, but Laura suspects she’s not all that she seems.

When tragedy strikes, an unforgiveable lie is told. It is an act of desperation, but the fall-out will change their lives forever. 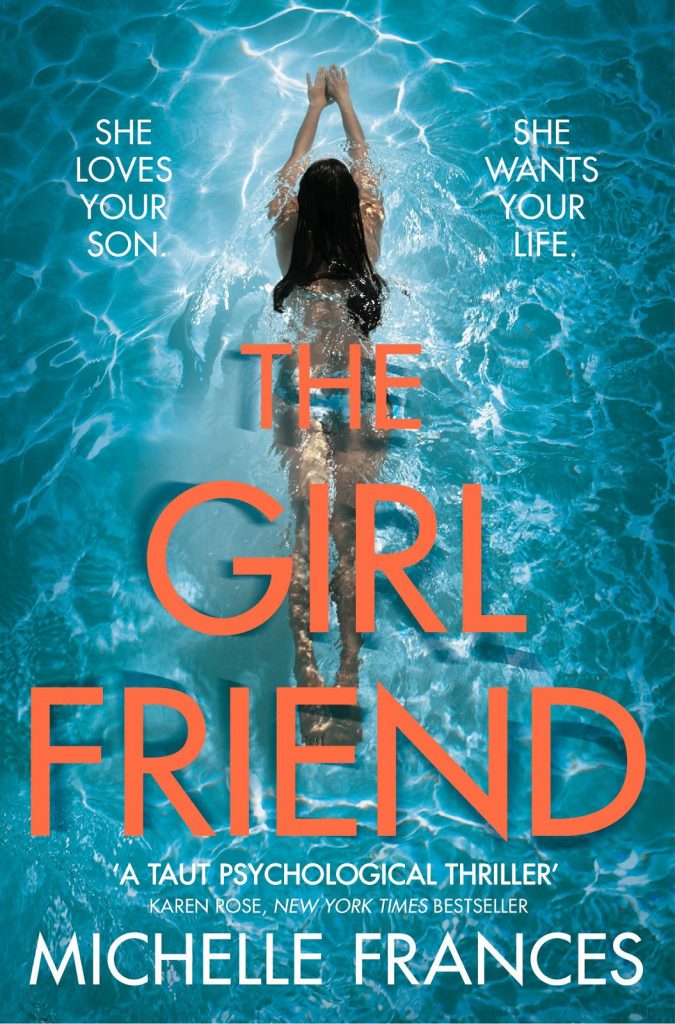