Twenty-seven-year-old Rachel Stern is in a rut. Despite her mother’s best efforts, she is still single. At two-hundred and forty-two pounds, she still lives at home, the victim of a constantly-cooking Jewish mother whose force-feeding techniques have become legendary. As if that isn’t bad enough, Rachel’s Friday and Saturday evenings are spent with her parents and her Saturday mornings consist of wedding gown shopping with her also single best friend. She is clearly going nowhere. But at least she’s not alone. Until her best friend snags a boyfriend.

Finally, unable to stand herself and her weight problem anymore, Rachel signs up for Weight Watchers. Finnegan Schwartz, a young man who has already been successful at the Weight Watchers program, having lost a hundred pounds, champions Rachel and becomes her impromptu weight loss coach and newest friend. Rachel soon learns there’s so much more to this funny and shy guy who she’d overlooked before. Amid her mother’s overzealous attempts to fix her up, bizarre family dinners and crises that threaten to unravel the entire Stern family, will Rachel be able to find something she’s never thought was hers for the taking: self-acceptance? 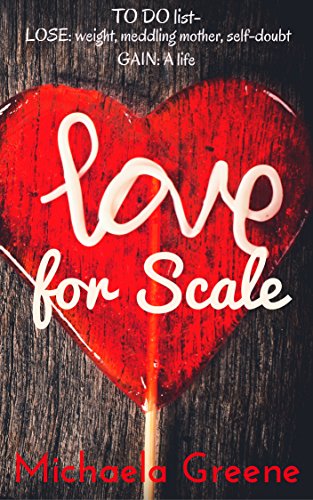 Michaela Greene - Love for Scale.pdf
1.05 MB
Please Share This
Related Posts
Many magazines
on the
→ MAGAZINELIB.COM
Book for today - 2019