Twenty-four-year-old Juliana once loved being a little, until the cruelty of the man she had called daddy broke her heart and she decided to never be little again. But when she fails to take care of herself and becomes ill, a worried friend brings her to Dr. Robert O’Connor, claiming that he will understand what she needs. Juliana is embarrassed and nervous, but to her surprise, Robert gives her a teddy bear and tells her a fairy tale to help her relax. Though the exam is intimate and thorough, Juliana feels safe the whole time and hopes afterwards that she’ll see more of the handsome doctor.

From the moment Robert heard about Juliana’s past, he wanted nothing more than to take away her pain and make sure she never has to worry about anyone hurting her again. He is thrilled when he asks her out and she shyly agrees. Though Juliana claims she doesn’t want to be a little anymore, he longs to prove to her that age play with him is nothing to fear. Robert is a patient man, and before long Juliana is calling him “daddy”, playing with her dolls, and coloring. He delights in taking care of her every need, dressing her in footie pajamas, and brushing her hair. Even when Juliana is disobedient and Robert has to put his baby girl over his knee and spank her bare bottom, it is always followed by plenty of loving hugs and cuddles.

Soon Juliana is eating more and sleeping better, and feels healthier than she has in a long time. But when the man who once mistreated her skips bail and threatens to hurt her if she continues to see her new daddy, she becomes terrified. Will she ever be free to relax in her daddy’s arms, knowing he will keep his little girl safe from everything and love her no matter what? 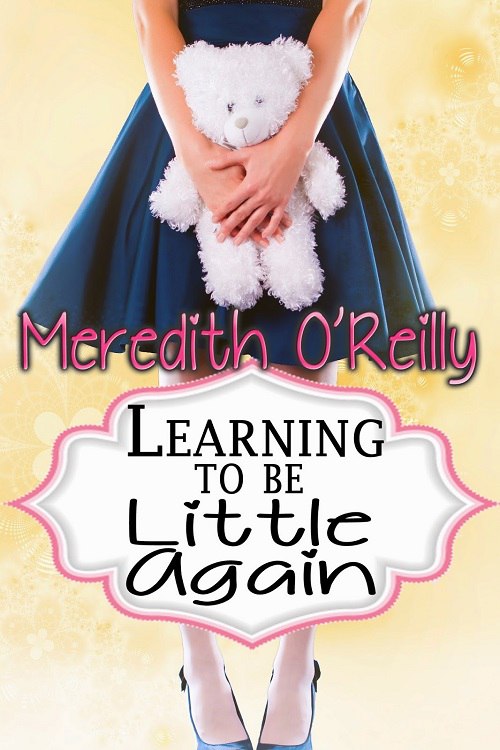 Meredith O'Reilly - Learning to Be Little Again.pdf
761.74 KB
Please Share This
Related Posts
Many magazines
on the
→ MAGAZINELIB.COM
Book for today - 2019-2022