It was just one small hilltop in a small, unnamed war in the late 1990s, but it would send out ripples that are still felt worldwide today. The hill, in Lebanon, was called the Pumpkin; flowers was the military code word for “casualties.” Award-winning writer Matti Friedman re-creates the harrowing experience of a band of young Israeli soldiers charged with holding this remote outpost, a task that would change them forever, wound the country in ways large and small, and foreshadow the unwinnable conflicts the United States would soon confront in Afghanistan, Iraq, and elsewhere.

Pumpkinflowers is a reckoning by one of those young soldiers now grown into a remarkable writer. Part memoir, part reportage, part history, Friedman’s powerful narrative captures the birth of today’s chaotic Middle East and the rise of a twenty-first-century type of war in which there is never a clear victor and media images can be as important as the battle itself.

Raw and beautifully rendered, Pumpkinflowers will take its place among classic war narratives by George Orwell, Philip Caputo, and Tim O’Brien. It is an unflinching look at the way we conduct war today. 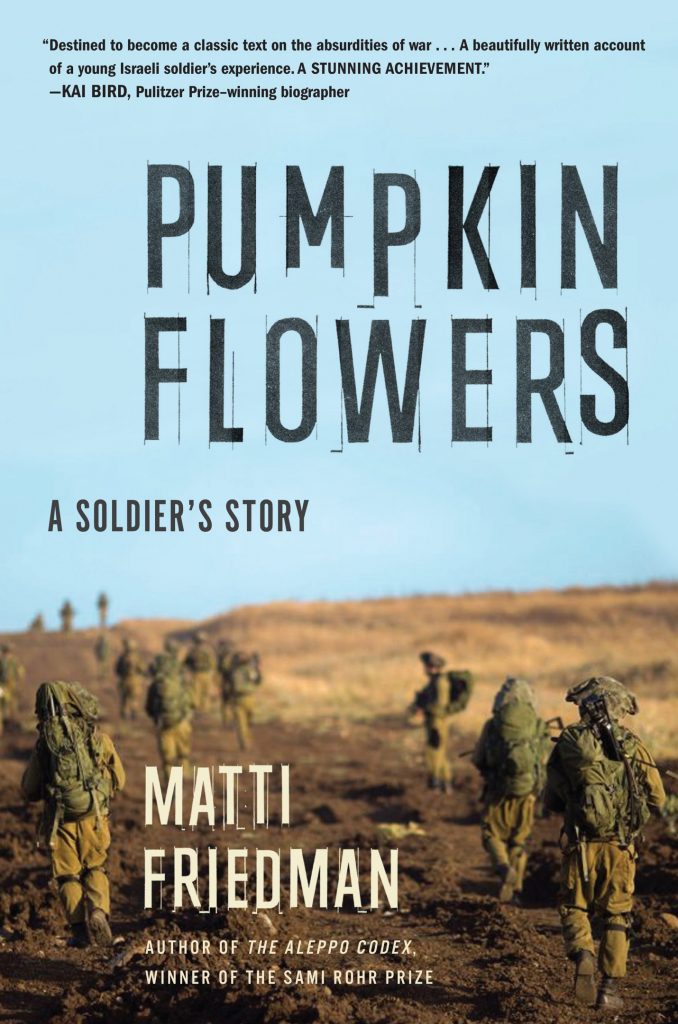 Pumpkinflowers.pdf
738.47 KB
Please Share This
Related Posts
Many magazines
on the
→ MAGAZINELIB.COM
Book for today - 2019-2022