Genre:
In 21st century America, the top 0.1% of the wealth distribution have walked away with the big prizes even while the bottom 90% have lost ground. What’s left of the American Dream has taken refuge in the 9.9% that lies just below the tip of extreme wealth. Collectively, the members of this group control more than half of the wealth in the country—and they are doing whatever it takes to hang on to their piece of the action in an increasingly unjust system.

They log insane hours at the office and then turn their leisure time into an excuse for more career-building, even as they rely on an underpaid servant class to power their economic success and satisfy their personal needs. They have segregated themselves into zip codes designed to exclude as many people as possible. They have made fitness a national obsession even as swaths of the population lose healthcare and grow sicker. They have created an unprecedented demand for admission to elite schools and helped to fuel the dramatic cost of higher education. They channel their political energy into symbolic conflicts over identity in order to avoid acknowledging the economic roots of their privilege. And they have created an ethos of “merit” to justify their advantages. They are all around us. In fact, they are us—or what we are supposed to want to be.

In The 9.9 Percent, Matthew Stewart argues that a new aristocracy is emerging in American society and it is repeating the mistakes of history. It is entrenching inequality, warping our culture, eroding democracy, and transforming an abundant economy into a source of misery. He calls for a regrounding of American culture and politics on a foundation closer to the original promise of America. 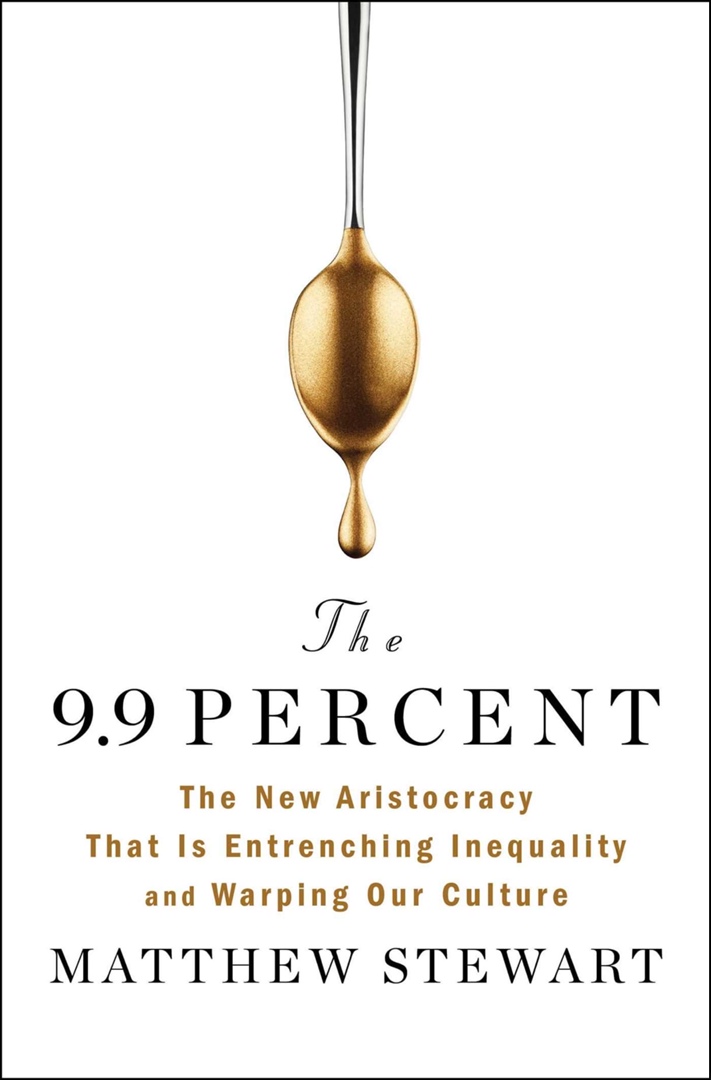