An entertaining history of mathematics as chronicled through fifty short biographies.

Mathematics today is the fruit of centuries of brilliant insights by men and women whose personalities and life experiences were often as extraordinary as their mathematical achievements. This entertaining history of mathematics chronicles those achievements through fifty short biographies that bring these great thinkers to life while making their contributions understandable to readers with little math background.

Among the fascinating characters profiled are Isaac Newton (1642-1727), the founder of classical physics and infinitesimal calculus—he frequently quarreled with fellow scientists and was obsessed by alchemy and arcane Bible interpretation; Sophie Germain (1776 – 1831), who studied secretly at the École Polytechnique in Paris, using the name of a previously enrolled male student—she is remembered for her work on Fermat’s Last Theorem and on elasticity theory; Emmy Noether (1882 – 1935), whom Albert Einstein described as the most important woman in the history of mathematics—she made important contributions to abstract algebra and in physics she clarified the connection between conservation laws and symmetry; and Srinivasa Ramanujan (1887-1920), who came from humble origins in India and had almost no formal training, yet made substantial contributions to mathematical analysis, number theory, infinite series, and continued fractions. 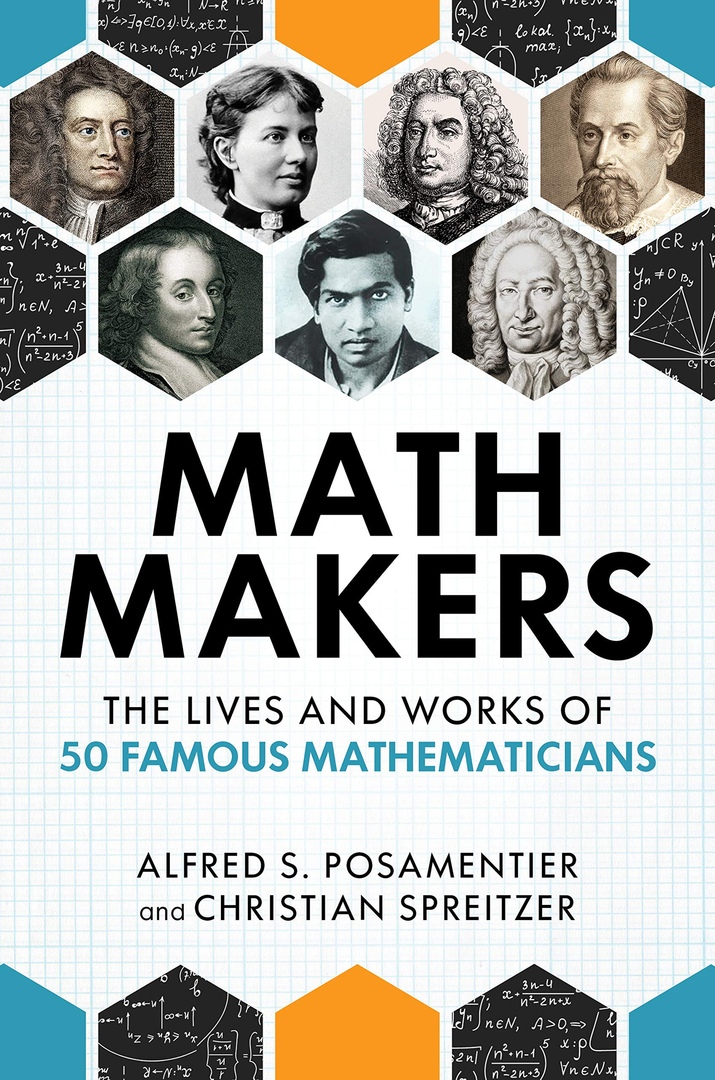