Hidden beneath the surface of the web, lost in our wrong-headed debates about AI, a new menace is looming. Anthropologist Mary L. Gray and computer scientist Siddharth Suri team up to unveil how services delivered by companies like Amazon, Google, Microsoft, and Uber can only function smoothly thanks to the judgment and experience of a vast, invisible human labor force. These people doing “ghost work” make the internet seem smart. They perform high-tech piecework: flagging X-rated content, proofreading, designing engine parts, and much more. An estimated 8 percent of Americans have worked at least once in this “ghost economy,” and that number is growing. They usually earn less than legal minimums for traditional work, they have no health benefits, and they can be fired at any time for any reason, or none.

There are no labor laws to govern this kind of work, and these latter-day assembly lines draw in—and all too often overwork and underpay—a surprisingly diverse range of workers: harried young mothers, professionals forced into early retirement, recent grads who can’t get a toehold on the traditional employment ladder, and minorities shut out of the jobs they want. Gray and Suri also show how ghost workers, employers, and society at large can ensure that this new kind of work creates opportunity—rather than misery—for those who do it. 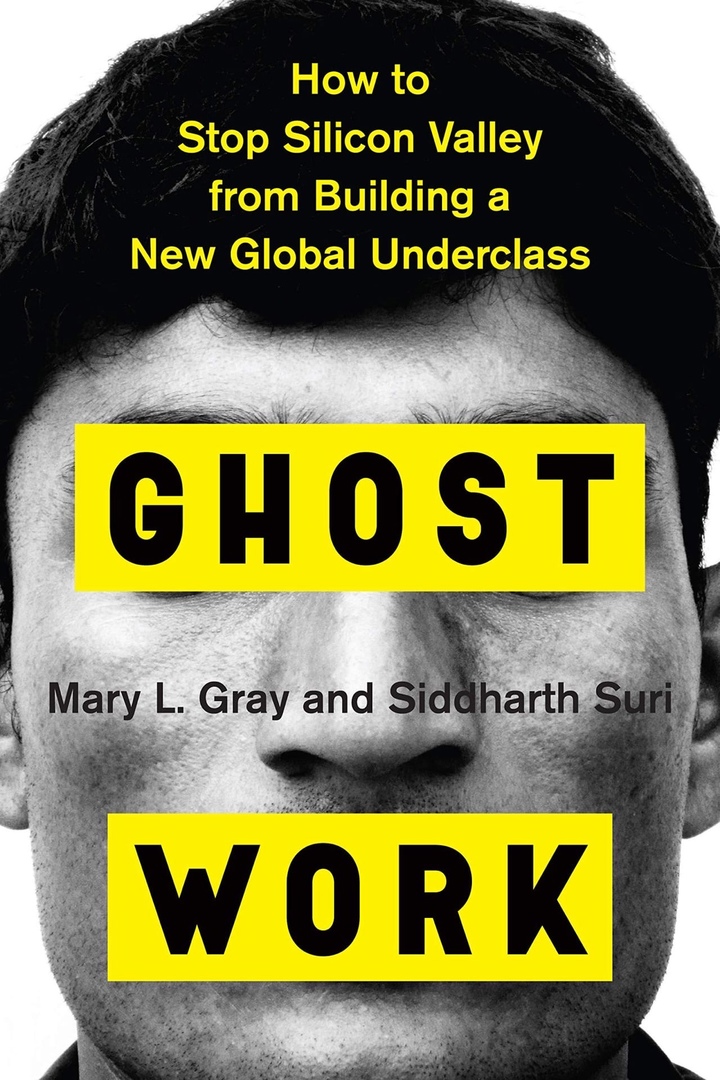 Ghost Work.epub
5.00 MB
Please Share This
Related Posts
Many magazines
on the
→ MAGAZINELIB.COM
Book for today - 2019