Description: This official film tie-in is written by London Sunday Times journalist Peter Conradi and Mark Logue–grandson of Lionel Logue, one of the movie’s central characters. It’s the eve of World War II, and King Edward VIII has abdicated the throne of England to marry the woman he loves. Never has the nation needed a leader more. But the new monarch, George VI–father of today’s Queen Elizabeth II–is painfully shy and cursed with a terrible stammer. How can he inspire confidence in his countrymen when he cannot even speak to them? Help arrives in speech therapist Logue, who not only is a commoner, but Australian to boot. Will he be able to give King George his voice? The King’s Speech tells an inspiring tale of triumph over adversity and the unlikely friendship between a reluctant king and the charismatic subject who saved the throne. 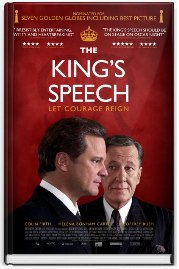 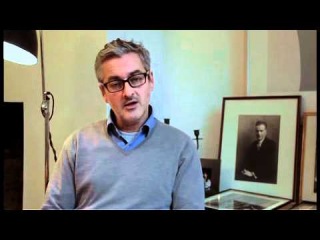 Mark Logue discusses his book ‘The King’s Speech’ (the subject of a major motion picture starring Colin Firth, Geoffrey Rush and Helena Bonham Carter). ‘The King’s Speech’ is the previously untold story of the extraordinary relationship between Logue and the haunted young man who became King George VI, drawn from Logue’s unpublished personal diaries. They throw extraordinary light on the intimacy of the two men – and the vital role the King’s wife, the late Queen Elizabeth, the Queen Mother, played in bring

The King's Speech.pdf
3.33 MB
Please Share This
Related Posts
Many magazines
on the
→ MAGAZINELIB.COM
Book for today - 2019-2022