Agatha Raisin, private detective, resident in the Cotswold village of Carsely, should have been a contented and happy woman…

But things are about to get a little less cozy. Lord Bellington, a wealthy land developer, wants to turn the community garden into a housing estate. And when Agatha and her friend Sir Charles Fraith attempt to convince Lord Bellington to abandon his plans, he scoffs, “Do you think I give a damn about what a lot of pesky villagers want?” So it’s no surprise that some in the town are feeling celebratory when Agatha finds his obituary in the newspaper two weeks later.

The villagers are relieved to learn that Bellington’s son and heir, Damian, has no interest in continuing his father’s development plans. Except the death was apparently murder, and the police see Damian as suspect number one–though Agatha finds plenty of others when he hires her to find the real killer. The good news is that a handsome retired detective named Gerald has recently moved to town. Too bad he was seen kissing another newcomer…

Soon, another murder further entangles Gerald and Agatha in a growing web of intrigue as they work with her team of detectives work to uncover the killer’s identity. 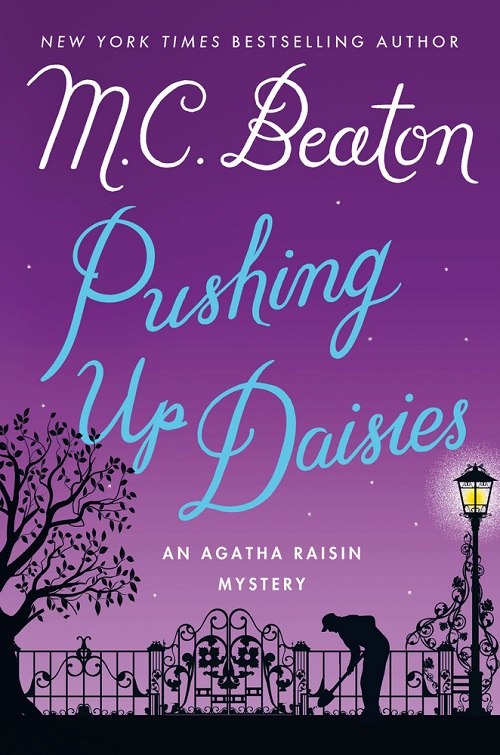 M C Beaton - Pushing Up Daisies.epub
1.59 MB
Please Share This
Related Posts
Many magazines
on the
→ MAGAZINELIB.COM
Book for today - 2019-2022