Lorraine Hansberry- A Raisin in the Sun
Genre:
Raiting 3.750

Description:The play is a “living-room” drama, set in the South Side slums of Chicago. Walter Lee, a black chauffeur, dreams of a better life. “I want so many things that they are driving me kind of crazy…” he says. He hopes to use his father’s life insurance money, $10,000 to open a liquor store. Beneatha, his sister, wants to go to medical school. Their mother, Lena Younger, rejects the liquor business. She wants to save money for Beneatha’s college education and uses some of it to secure a proper house for the family. Rest of the money she gives to Walter, entrusting him to deposit half of it in the bank for Beneatha’s education and his business. Walter sinks rest of the money into his business scheme, only to have it stolen by a con artist. Mr. Lindner, a representative of the all-white neighborhood, tries to buy them out. In despair, Walter contacts Lindner, and almost begs to buy them out. Mama tells him: “Have you cried for that boy today? I don’t mean for yourself and for the family ’cause we lost the money. I mean for him: what he been through and what it done to him. Child, when do you think is the time to love somebody the most? When they done good and made things easy for everybody? Well then, you ain’t through learning – because that ain’t the time at all.” Walter regains his pride and integrity and decides that the family will take the house after all. He refuses the payoff of the white citizens’, anticipating the uncompromising policies of the civil rights movement of the 1960s. 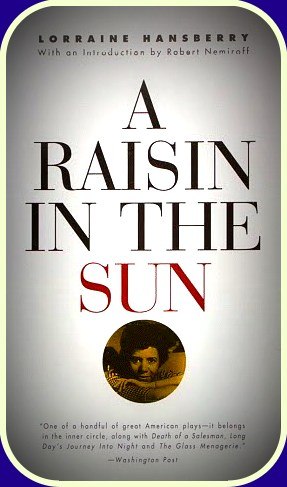