Overview: From an abundance of intensifiers to frequent repetition and parallelisms, Donald Trump’s idiolect is highly distinctive from that of other politicians and previous Presidents of the United States. Combining quantitative and qualitative analyses, this book identifies the characteristic features of Trump’s language and argues that his speech style, often sensationalized by the media, differs from the usual political rhetoric on more levels than is immediately apparent.

Chapters examine Trump’s tweets, inaugural address, political speeches, interviews, and presidential debates, revealing populist language traits that establish his idiolect as a direct reflection of changing social and political norms. The authors scrutinize Trump’s conspicuous use of nicknames, the definite article, and conceptual metaphors as strategies of othering and antagonising his opponents. They further shed light on Trump’s fake news agenda and his mutation of the conventional political apology which are strategically implemented for a political purpose.

Drawing on methods from corpus linguistics, conversation analysis, and critical discourse analysis, this book provides a multifaceted investigation of Trump’s language use and addresses essential questions about Trump as a political phenomenon. 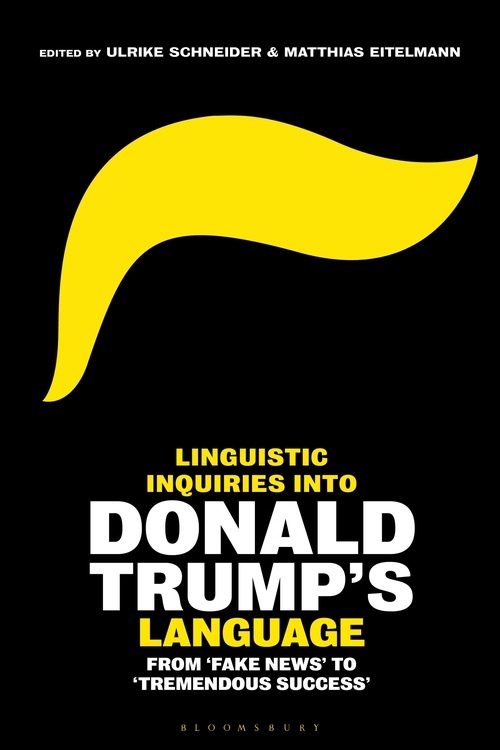 Linguistic.Inquiries.into.Donald.Trump.s.Language_UserUpload.Net.pdf
19.01 MB
Please Share This
Related Posts
Many magazines
on the
→ MAGAZINELIB.COM
Book for today - 2019