In the beginning there was light.
But more than this, there was gravity.
After that, all hell broke loose…

In A Universe from Nothing, Krauss revealed how our entire universe could arise from nothing. Now, he reveals what that something—reality—is. And, reality is not what we think or sense—it’s weird, wild, and counterintuitive; it’s hidden beneath everyday experience; and its inner workings seem even stranger than the idea that something can come from nothing.

In a landmark, unprecedented work of scientific history, Krauss leads us to the furthest reaches of space and time, to scales so small they are invisible to microscopes, to the birth and rebirth of light, and into the natural forces that govern our existence. His unique blend of rigorous research and engaging storytelling invites us into the lives and minds of the remarkable, creative scientists who have helped to unravel the unexpected fabric of reality—with reason rather than superstition and dogma. Krauss has himself been an active participant in this effort, and he knows many of them well. The Greatest Story challenges us to re-envision ourselves and our place within the universe, as it appears that “God” does play dice with the universe. In the incisive style of his scintillating essays for The New Yorker, Krauss celebrates the greatest intellectual adventure ever undertaken—to understand why we are here in a universe where fact is stranger than fiction. 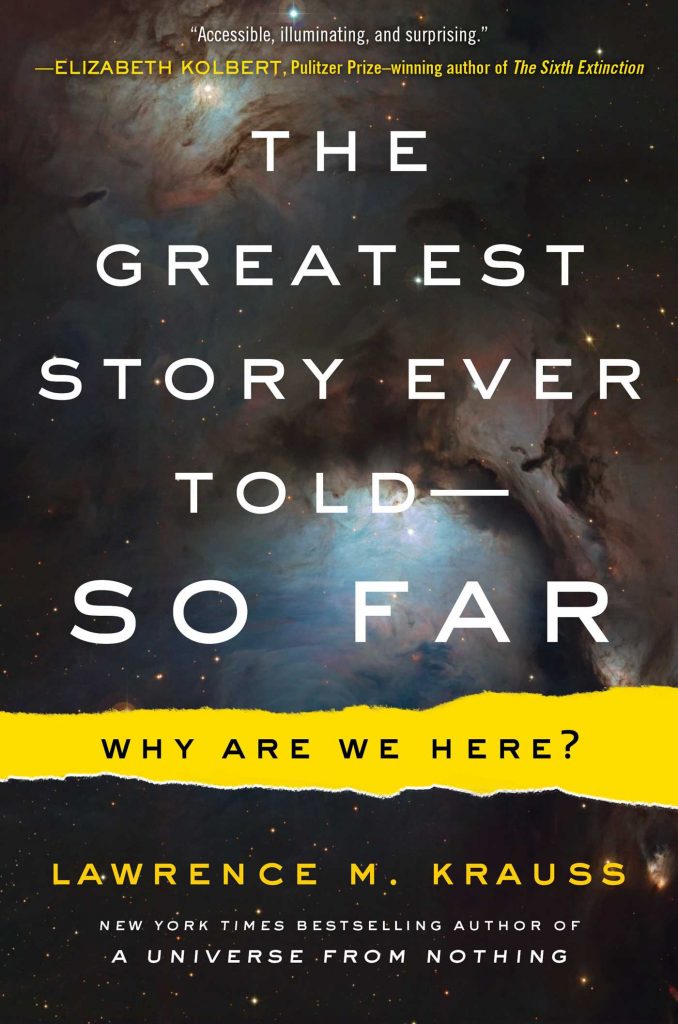 LawrenceMKraussTheGreatestStoryEverTold.pdf
5.16 MB
Please Share This
Related Posts
Many magazines
on the
→ MAGAZINELIB.COM
Book for today - 2019-2022