Lawrence Lessig – They Don’t Represent Us

America’s democracy is in crisis. Along many dimensions, a single flaw―unrepresentativeness―has detached our government from the people. And as a people, our fractured partisanship and ignorance on critical issues drive our leaders to stake out ever more extreme positions.

In They Don’t Represent Us, Harvard law professor Lawrence Lessig charts the way in which the fundamental institutions of our democracy, including our media, respond to narrow interests rather than to the needs and wishes of the nation’s citizenry. But the blame does not only lie with “them”―Washington’s politicians and power brokers, Lessig argues. The problem is also “us.” “We the people” are increasingly uninformed about the issues, while ubiquitous political polling exacerbates the problem, reflecting and normalizing our ignorance and feeding it back into the system as representative of our will.

What we need, Lessig contends, is a series of reforms, from governmental institutions to the public itself, including:

A move immediately to public campaign funding, leading to more representative candidates
A reformed Electoral College, that gives the President a reason to represent America as a whole
A federal standard to end partisan gerrymandering in the states
A radically reformed Senate
A federal penalty on states that don’t secure to their people an equal freedom to vote
Institutions that empower the people to speak in an informed and deliberative way
A soul-searching and incisive examination of our failing political culture, this nonpartisan call to arms speaks to every citizen, offering a far-reaching platform for reform that could save our democracy and make it work for all of us. 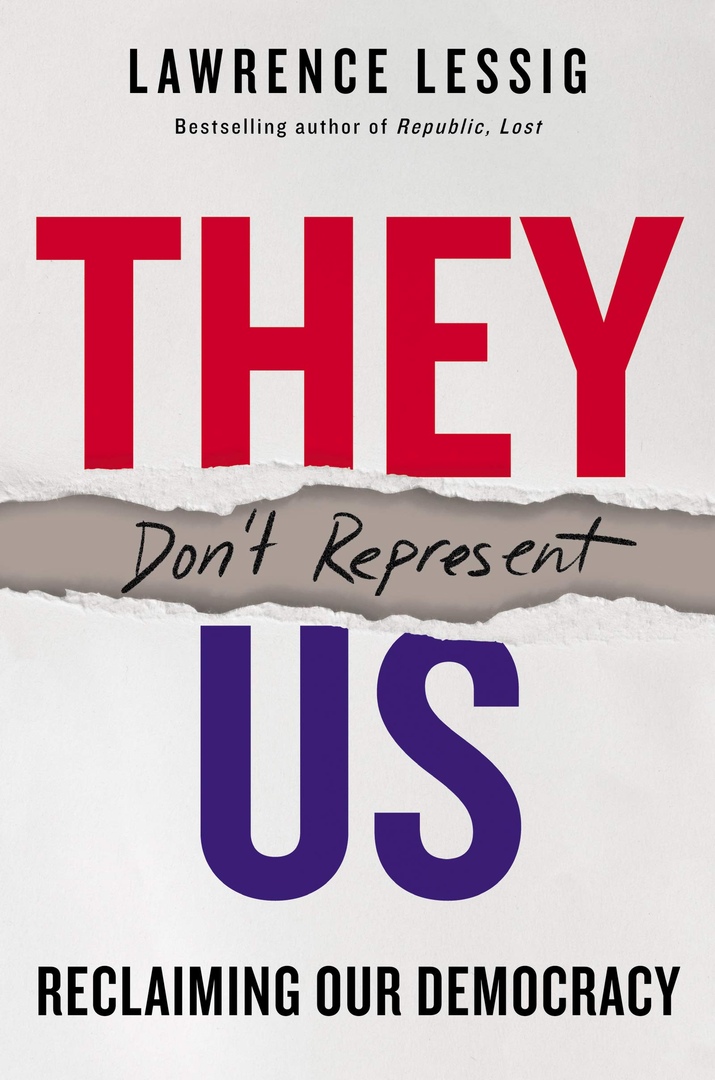 They Don't Represent Us.epub
2.24 MB
Please Share This
Related Posts
Many magazines
on the
→ MAGAZINELIB.COM
Book for today - 2019