Detective Gabriella Versado has seen a lot of bodies. But this one is unique even by Detroit’s standards: half boy, half deer, somehow fused together. As stranger and more disturbing bodies are discovered, how can the city hold on to a reality that is already tearing at its seams?

If you’re Detective Versado’s geeky teenage daughter, Layla, you commence a dangerous flirtation with a potential predator online. If you’re desperate freelance journalist Jonno, you do whatever it takes to get the exclusive on a horrific story. If you’re Thomas Keen, known on the street as TK, you’ll do what you can to keep your homeless family safe–and find the monster who is possessed by the dream of violently remaking the world.

If Lauren Beukes’s internationally bestselling The Shining Girls was a time-jumping thrill ride through the past, her Broken Monsters is a genre-redefining thriller about broken cities, broken dreams, and broken people trying to put themselves back together again. 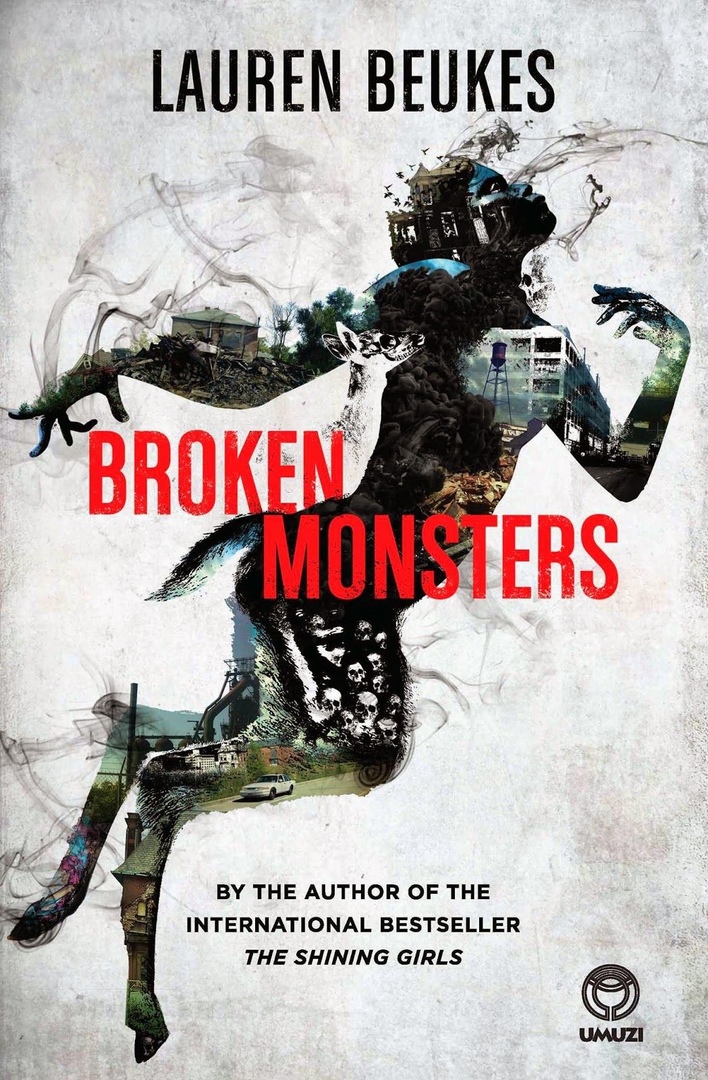