Justine van der Leun – We Are Not Such Things

The story of Amy Biehl is well known in South Africa: The twenty-six-year-old white American Fulbright scholar was brutally murdered on August 25, 1993, during the final, fiery days of apartheid by a mob of young black men in a township outside Cape Town. Her parents’ forgiveness of two of her killers became a symbol of the Truth and Reconciliation process in South Africa. Justine van der Leun decided to introduce the story to an American audience. But as she delved into the case, the prevailing narrative started to unravel. Why didn’t the eyewitness reports agree on who killed Amy Biehl? Were the men convicted of the murder actually responsible for her death? And then van der Leun stumbled upon another brutal crime committed on the same day, in the very same area. The true story of Amy Biehl’s death, it turned out, was not only a story of forgiveness but a reflection of the complicated history of a troubled country.

We Are Not Such Things is the result of van der Leun’s four-year investigation into this strange, knotted tale of injustice, violence, and compassion. The bizarre twists and turns of this case and its aftermath—and the story that emerges of what happened on that fateful day in 1993 and in the decades that followed—come together in an unsparing account of life in South Africa today. Van der Leun immerses herself in the lives of her subjects and paints a stark, moving portrait of a township and its residents. We come to understand that the issues at the heart of her investigation are universal in scope and powerful in resonance. We Are Not Such Things reveals how reconciliation is impossible without an acknowledgment of the past, a lesson as relevant to America today as to a South Africa still struggling with the long shadow of its history. 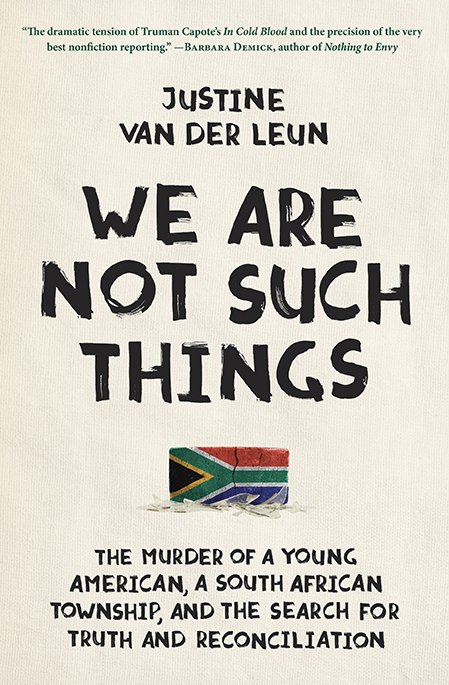 JustinevanderLeunWeAreNotSuchThings.epub
12.32 MB
Please Share This
Related Posts
Many magazines
on the
→ MAGAZINELIB.COM
Book for today - 2019-2022