A stalwart orphan sets out on a spine-tingling adventure in this wildly imaginative and darkly funny Victorian middle grade novel.

High on a cliff above the gloomy Victorian town of Withering-by-Sea stands the Hotel Majestic. Inside the walls of the damp, dull hotel, eleven-year-old orphan Stella Montgomery leads a miserable life with her three dreadful aunts. Stella dreams of adventuring on the Amazon—or anyplace, really, as long as it isn’t this dreary town where nothing ever happens.

Then one night Stella sees something she shouldn’t have. Soon she finds herself on the run from terrifying Professor Stark and his gang of thugs. But how can one young girl outwit an evil magician, much less rescue his poor, mistreated assistant?

With the help of a mysterious maestro, his musical cats, and a lively girl named Gert, Stella Montgomery sets out to do just that. 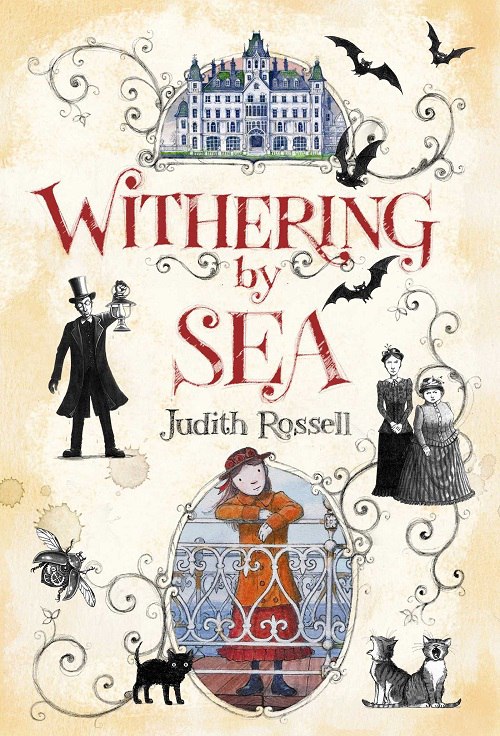