Jonathan Tropper — This Is Where I Leave You
Genre:

The death of Judd Foxman’s father marks the first time that the entire Foxman family-including Judd’s mother, brothers, and sister-have been together in years. Conspicuously absent: Judd’s wife, Jen, whose fourteen-month affair with Judd’s radio-shock-jock boss has recently become painfully public. Simultaneously mourning the death of his father and the demise of his marriage, Judd joins the rest of the Foxmans as they reluctantly submit to their patriarch’s dying request: to spend the seven days following the funeral together. In the same house. Like a family. As the week quickly spins out of control, longstanding grudges resurface, secrets are revealed, and old passions reawakened. For Judd, it’s a weeklong attempt to make sense of the mess his life has become while trying in vain not to get sucked into the regressive battles of his madly dysfunctional family. All of which would be hard enough without the bomb Jen dropped the day Judd’s father died: She’s pregnant. This Is Where I Leave You is Jonathan Tropper’s most accomplished work to date, a riotously funny, emotionally raw novel about love, marriage, divorce, family, and the ties that bind-whether we like it or not. 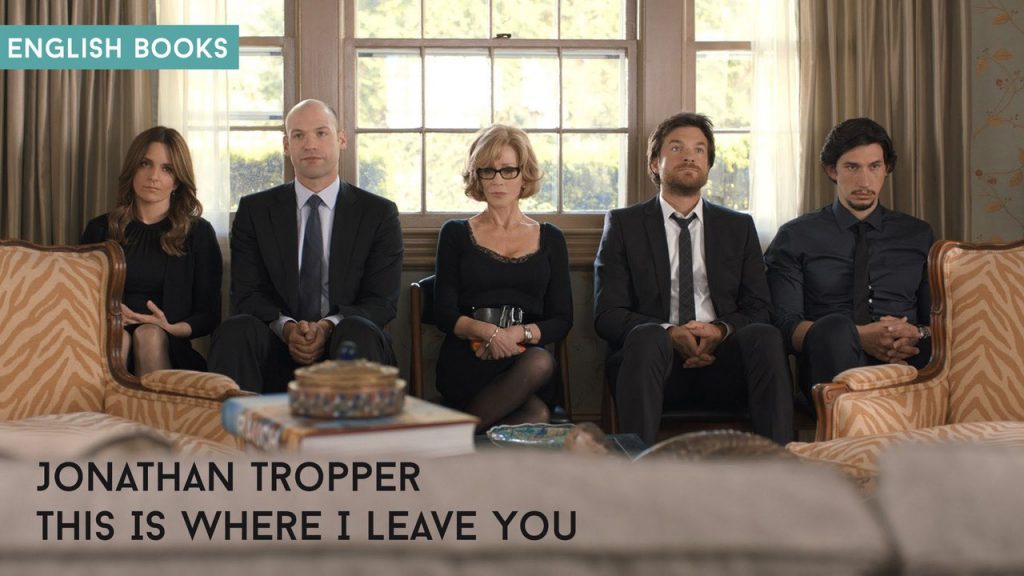